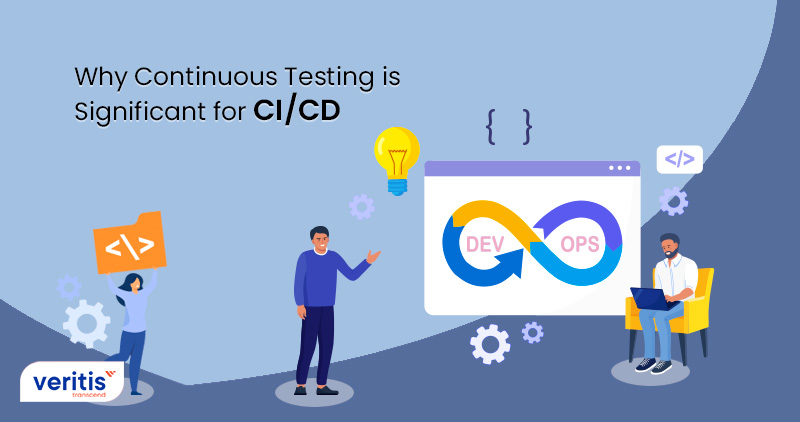 The beauty of DevOps is that one can iteratively refine their products or continuously. While modifications and improvements are possible in other methodologies such as waterfall and agile, DevOps offers an advantage that others don’t. Waterfall, aside from its rigidity, is an approach that facilitates robust solutions.

However, the approach doesn’t facilitate modifications to be done relatively quickly. Agile has its advantages and brings swift development and deployment into the picture. However, DevOps bettered productivity by doubling down on automation and improving continuous integration and development (CI/CD).

While the concept and results allow the companies to enrich the user experience with better results, CI/CD demands something essential in delivering outstanding results: Continuous testing. Of course, you would not want to skimp on continuous testing, primarily when your product is delivered on a perpetual basis.

Be it a massive software package or globally-used software, DevOps has amplified the concept of CI/CD with automation. The latter aspect is pertinent as products must be delivered at incredible speeds and with reliable quality. This is made possible by continuous testing. 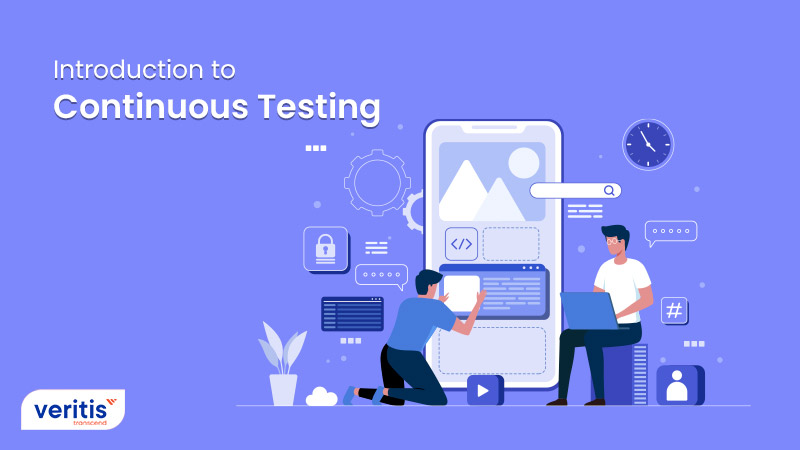 Think about every phase of the consumer journey. Visiting a website or app and adding items to your shopping basket is only the start. Systems that track inventory, supply, patronage, and promotions are in the background. In addition, there are mechanisms for choosing, packing, and delivering the product after checkout and transfer of funds, with prompt notifications at each step.

The notion of selecting which of those areas to cut back on puts businesses in a difficult situation. Since there isn’t a positive response, the constant delivery mentality has taken hold. Although continuous delivery and continuous testing complement each other, there is enough friction between the two.

The good news is that there is a way to bridge the time gap between required development time and client demand. Here are three ways automated testing may assist businesses in meeting both demands.

For many businesses, acting quickly is becoming a competitive advantage. In addition, the industry standardization of cloud-based, low-code/no-code applications like Salesforce, MS Dynamics, Workday, and Oracle has increased speed-to-market possibilities. However, even if a lot of modern app development involves low- or no-code, test automation is still a high-code, heavy maintenance task.

Organizations should design automation and testing techniques early in the process to avoid roadblocks, as continuous testing is a part of continuous development. Assume that businesses may increase the accessibility of test automation by reducing the requirement for specialized expertise and onerous technological restrictions. They will be able to simplify continuing development cycles in that situation.

Adopting in-sprint testing, which unites development and testing activities, is one of the cornerstones to releasing a robust deliverable. To make it easier for teams to identify faults sooner rather than after the development completion, every feature is tested and automated as soon as it is implemented.

Testing has been heavily utilitarian and technically focused in the past, whereas user experience initiatives have tended to be more stylistically focused. However, achieving satisfactory end-to-end user experiences is essential to the adoption of any program. Thus both testing and UX parties should team up to achieve better results with a good UX experience.

The business operations of a corporation serve as such a unifying factor. Every procedure serves as the basis for creating and developing a test scenario. From beginning to end, project members would be aware of the user’s priorities and collaborate to make it as simple as possible. 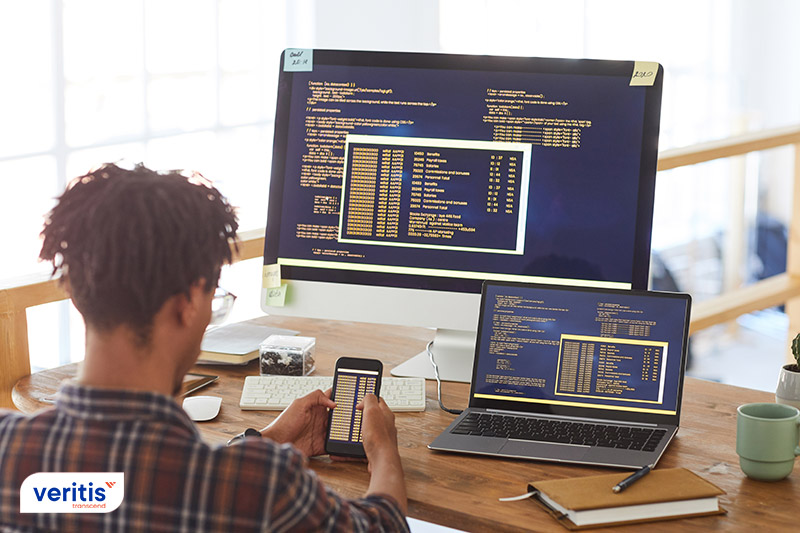 Diverse groups of individuals gain from continuous testing. For instance, operations teams need to make sure code changes don’t result in performance problems, or developers need to ensure their code doesn’t break builds. A practical continuous testing approach requires the definition of these multiple personas since it enables you to prioritize the many tests needed.

It is beneficial to understand which specified personas functioned as stakeholders and which tests should be prioritized whenever a CI/CD build fails to reduce risks and issues before and throughout the delivery pipeline. Your end customers should be the most significant party among the numerous parties.

Customer happiness should never be sacrificed for speed and efficiency since it is the most important indicator of your company’s future success. Utilizing user input throughout your SDLC can assist in ensuring that your product meets consumer expectations for quality. This will enable you to prioritize testing to meet the expectations of your clients. 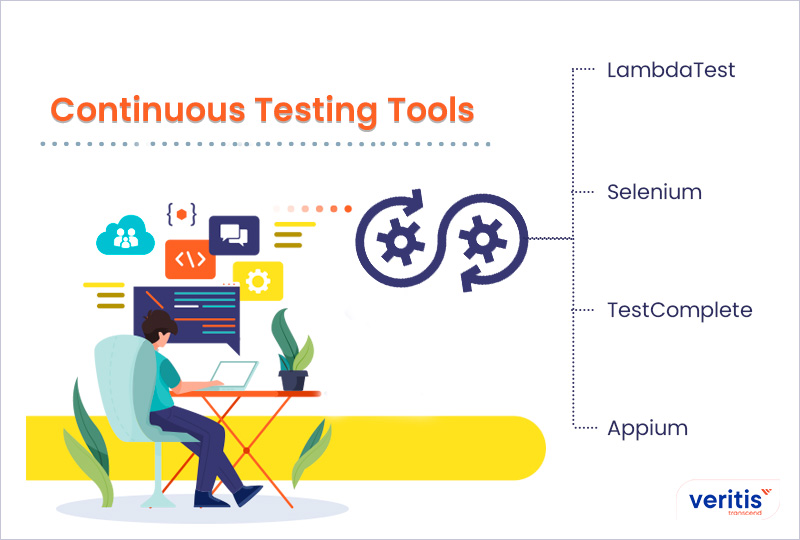 There are various tools in the continuous automated testing realm. From open-source tools to codeless testing software packages, companies of today have a lot of variety to proceed with.

Listed below are some of the most used automated testing tools:

The program LambdaTest is ideal for testing both desktop and online apps. It is a cloud-hosted application that allows you to perform automated testing on frameworks like mobile devices and browsers.

With the use of a program called LambdaTest, you can speed up the testing process and run several tests at once to cut down on the time you spend on it. For instance, it functions for other programming languages like Java and Python.

LambdaTest allows you to screen record or take screenshots of the tool’s compatibility with your browser, which is something that many users of automated testing tools like doing.

Most customers have given Selenium high marks for effective testing across web applications and platforms.

In 2004, Jason Hugging created the Selenium tool, which integrates with other automated testing technologies. With the aid of the Selenium tool, you can create robust test scripts that are browser-specific and adaptable to various testing settings.

Selenium can assist you if you need to create scripts that can help you multiply issues and run regression and in-depth testing. Because it can be used to deal with JavaScript, Selenium boasts of being a component of JavaScript developer tools. It may also be used in other programming languages, including Perl, PHP, Ruby, Groovy, and Scala.

The TestComplete tool is advised for use by those interested in JavaScript app development while testing their creations.

Programming languages, including Python, VBScript, C++, and Java, are compatible with TestComplete. It provides cross-device assessment and interoperability with testing frameworks like CI/CD and SmartBear Ecosystem. It is a tool that you may use with desktop, mobile, and online app frameworks.

Appium is a free and open-source solution for automating the testing of mobile applications. It is simple to install and use without any problems. However, it only functions with the JavaScript programming language; it is useful for those creating apps with that language.

Similar to TestComplete, you can use it with testing frameworks like CI/CD, and it supports web apps for mobile devices running Android and iOS. 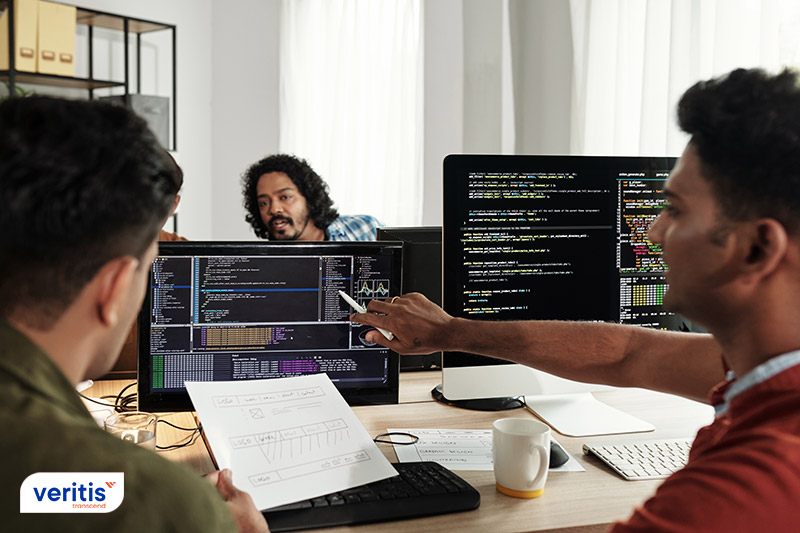 Continuous testing is a tried-and-true strategy for ensuring successful builds with quality and velocity. Without a solid plan, using these approaches in your company might waste time and money since it adds expenses and slows processes. Since every organization uses these approaches for context-specific applications, there is no universal approach to continuous testing.

It would be best if you could establish an efficient plan for continuous testing implementation before implementing it in your company. For your teams, careful planning may be a significant differentiator in creating a successful continuous testing process. This is where Veritis steps in, and our team of experts carefully plans your continuous testing, leading you to experience better results. So, join hands with the Stevie Award winner and experience the best of CI/CD.