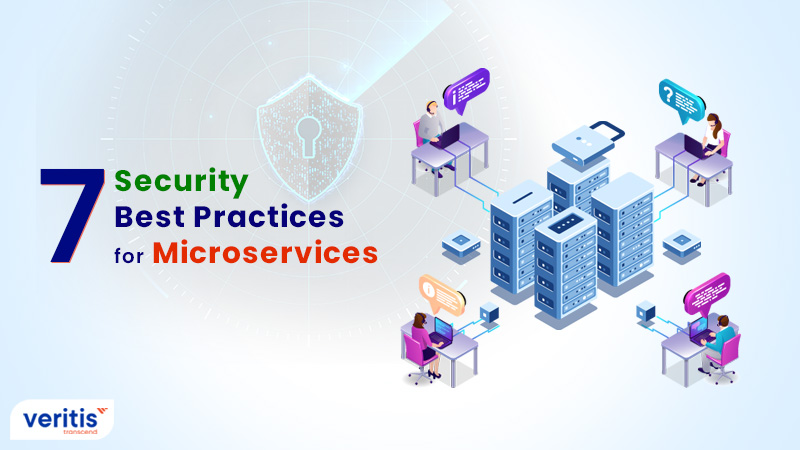 Microservices have revolutionized the way applications are developed.

In the past, an application was usually developed, built, and made available as a monolithic application, where all the app’s components and functions are in a single instance.

As a result, organizations need to deploy everything again for a simple change, making it difficult to frequently deploy new features and fixtures. Continuous delivery requires frequent deployments, which are a huge problem with monolithic applications. “Zero-downtime deployment” is another challenge in such scenarios.

With microservices, enterprises are able to address all of the challenges that are inherent in monolithic applications.

However, microservices architecture comes with its own security challenges. 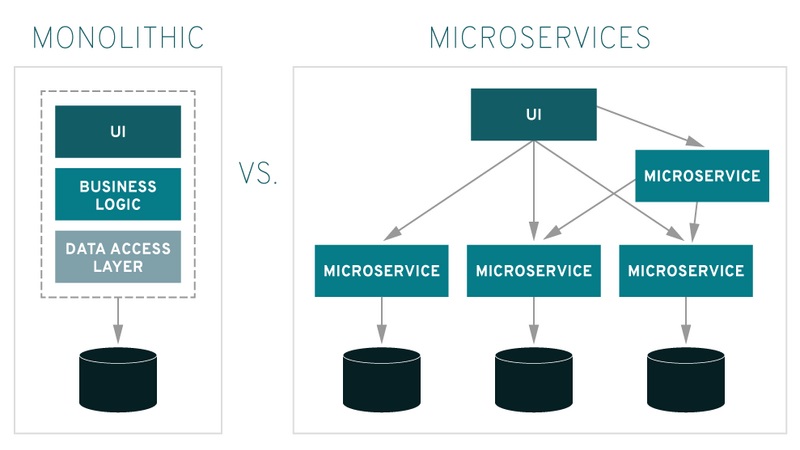 Microservices architecture introduces several security vulnerabilities as a direct result of its modular nature. Applications developed using microservices have a much larger attack surface area than the traditional application models.

Here are some best practices to be followed for improving security in microservices: 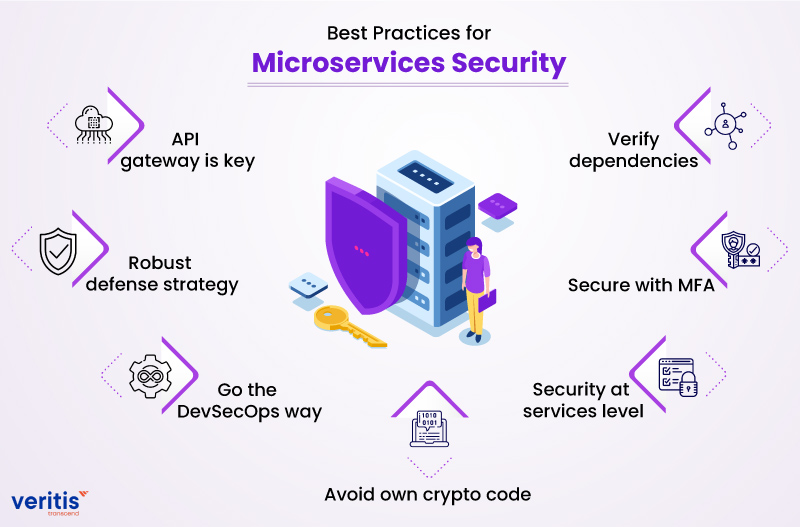 One of the most crucial aspects of microservices applications is the points of authorization that face the highest threat. An excellent way to secure these authorization points is to use API gateways, which offer a solo entry point, and during login, it asks for permission to store cookies. The app stores the credentials and, on the next login, loads from the cache memory and not the server.

It is crucial to identify and assess your highly sensitive services and apply various security layers to protect them from a threat. A good example could be an online shopping app or website, for which the most sensitive areas would be the payment section and the user’s profile information.

A great way to improve security is to ensure your Dev and Ops teams work closely with the security team – a practice termed as DevSecOps. In this, the DevOps team involves the security team for coming up with the app’s architecture, rather than consulting them post the app going live. This ensures that the code is secured while in the initial development stage itself.

Post-deployment, experts do a thorough review of finding security vulnerabilities and loopholes.

Over the years, developers have invested their time and resources in developing libraries that can encrypt and decrypt anything. Most of these libraries are open source, and developers worked hard to make them secure enough. If you’re planning to write an in-house crypto code, there’s a significant scope that you’ll commit a security mistake at the initial stages. Thus, it is advised to choose a reliable library rather than writing your own crypto code unless you have deep expertise in cryptography and security.

With microservices, the traditional monolithic model is divided into independent, distributed services that can be scaled and deployed separately. Hence, traditional security protocols fail to gain visibility into these multiple distinct services as they are mostly network security tools based on the perimeter.

Ensure that your application security solution monitors and protects your specific services at their level, not just at the perimeter.

Enhance the security of your applications by implementing Multi-Factor Authentication (MFA). Using MFA ensures only the right user gets access as it adds an additional authentication layer to the traditional login credentials. It could be an OTP sent to the user’s registered mobile number or biometric scanning.

The code we deploy to production mainly comprises third-party and open-source dependencies. However, it becomes an issue when a dependency contains a security vulnerability. Hence, it’s imperative to scan your source code repository to identify and address vulnerable dependencies. Scan for vulnerabilities in the CI/CD pipeline, the primary line of code, released versions of code, and new code contributions.

In Conclusion
As microservices pose new and unique security challenges, it is essential to innovate for devising a smart security solution and tools for optimum security for your app. Apart from following the above-mentioned security best practices, it’s best to rely on Managed Service Providers (MSPs) like Veritis as they stay abreast with modern security strategies.

We are a North American IT service provider whose specialization lies in offering complex IT projects, integrating emerging technologies, and offering resilient, scalable, and dynamic security solutions.