How C-Suite Executives Look at DevOps? 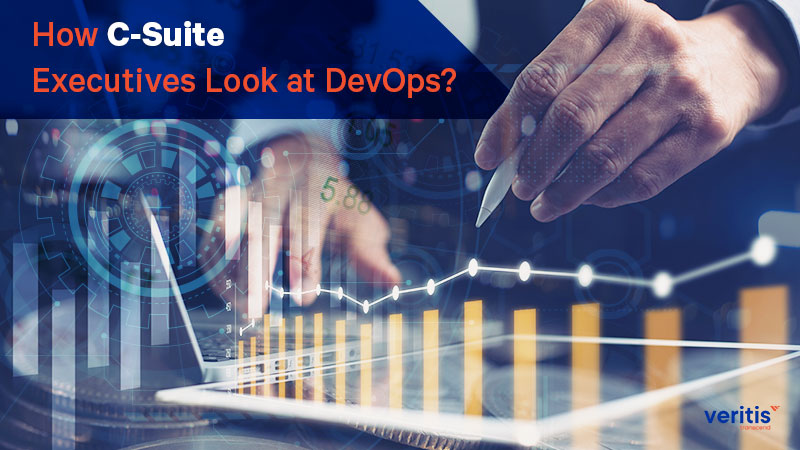 The DevOps culture has been growing by leaps and bounds in the speed-driven digital world.

More and more organizations are turning towards the new collaborative culture to achieve a competitive edge in the digital trend. 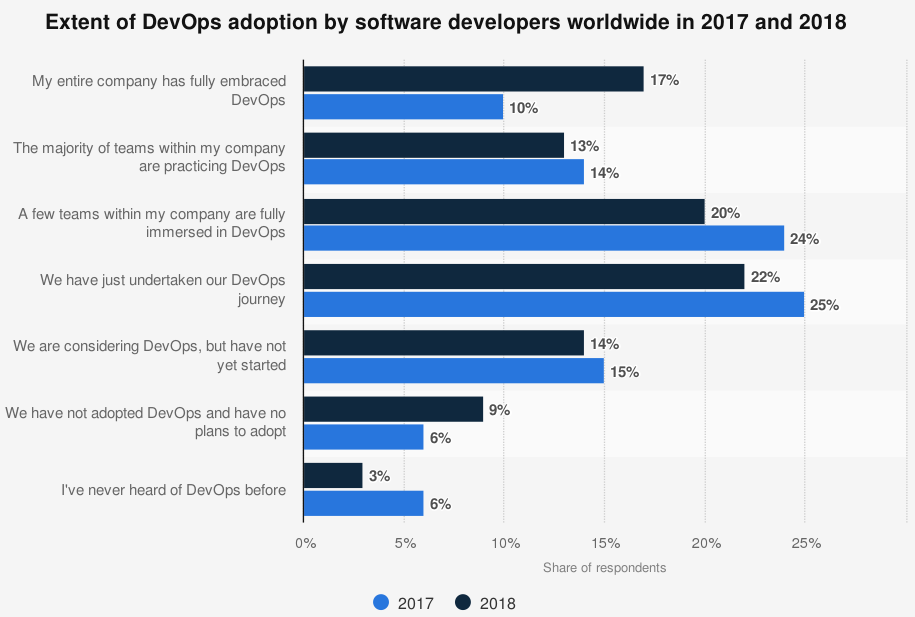 Apart from facilitating the new form of collaboration among the teams, DevOps adoption has promoted a flexible environment causing an overall cultural transformation within the organization.

This, in turn, led to a host of benefits including

DevOps has successfully laid down the path to take the IT industry to the next level by significantly improving software development and delivery performance.

Even though DevOps implementation can have a tremendous positive impact on the organization, getting acceptance for the DevOps initiative is far from simple. Let’s Know Why? 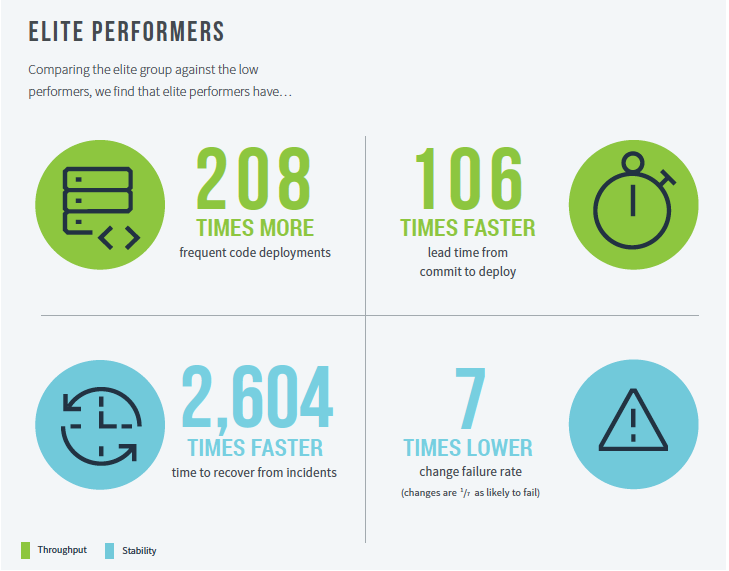 The stakeholders in the organization including the CEO, the CIO, the CFO and the IT Manager, among others have their own set of preferences and goals.

So, whenever a discussion is raised on DevOps implementation, there will be an immediate disconnection among different stakeholders involved.

The discussion may end up with a list of differences rather than appreciating the host of benefits. And, these disparities may hinder the introduction of DevOps initiative.

The disparities surface because each stakeholder will prefer benefits that are peculiar for other stakeholders.

For instance, CEOs aim at reducing costs and increasing profits. So, they prefer benefits such as reduced time-to-market and developing high-quality products.

“According to the Gartner 2017 Enterprise DevOps Survey, 88% of respondents said, ‘team culture’ was among the top three people-related attributes with the greatest impact on their organization’s ability to scale DevOps.”

On the other hand, the IT Manager will aim at faster and continuous releases while ensuring lower defects.

“Delivering software quickly, reliably, and safely is at the heart of technology transformation and organizational performance,” says the Accelerate State of DevOps 2019 Report, after surveying over 31,000 C-suite executives worldwide.

So, it’s imperative to introduce the DevOps’ benefits on par with the viewpoint of different stakeholders to appeal to everyone, rather than creating disparities. 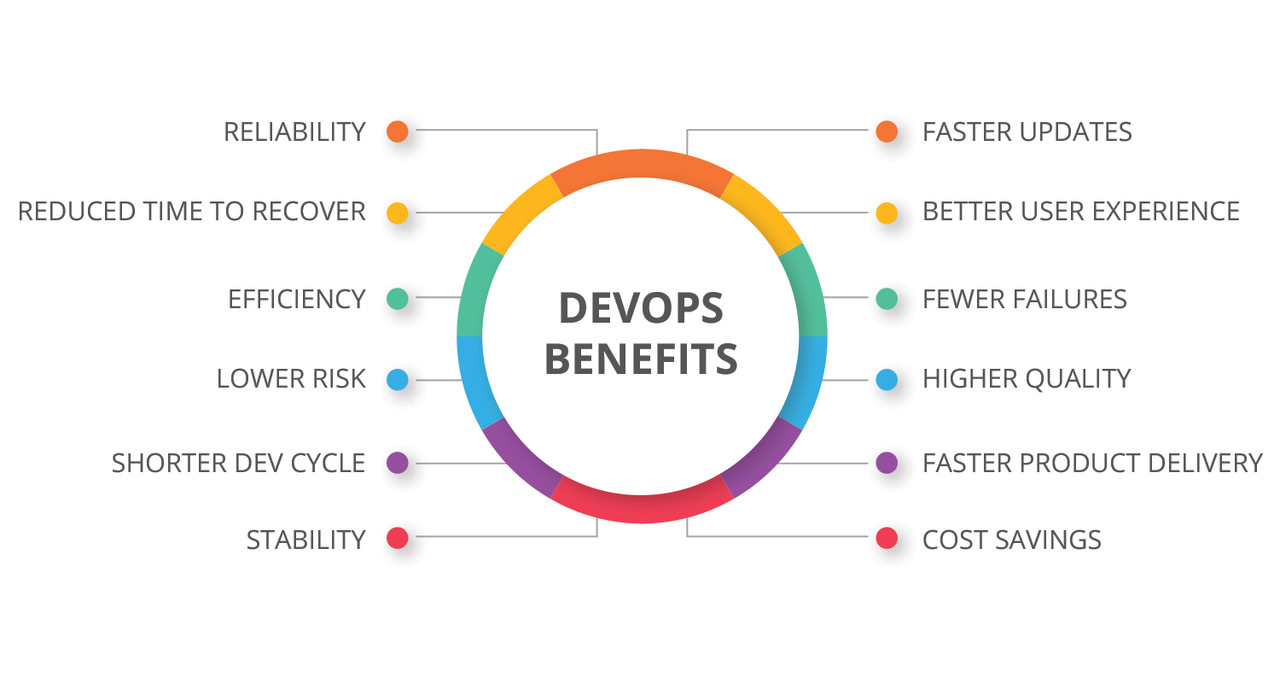 What CEOs, CIOs and CFOs Think About DevOps? 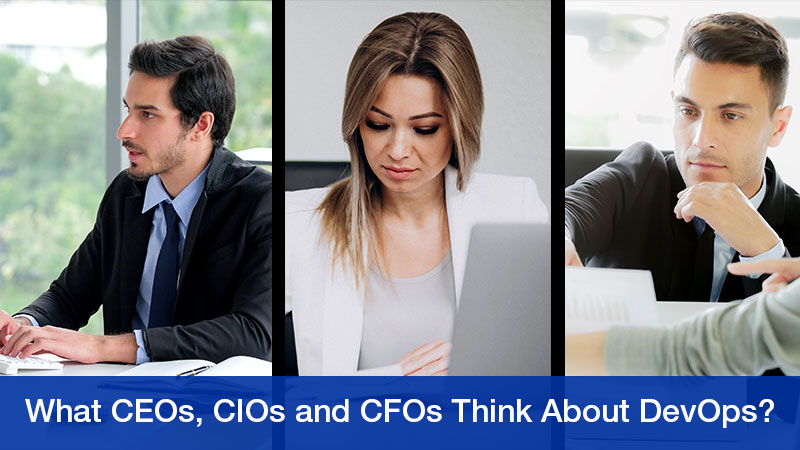 From the lens of a CEO, higher revenue or profitability govern the benefits of DevOps. The most important DevOps benefits are

“The tenets of DevOps are the same: moving faster, empowering developers, achieving better code quality, having a more resilient infrastructure, and improving the security posture,” says 2019 Executive Insights on DevOps Report, after surveying 40 IT executives from 37 organizations.

From the lens of a CIO, people-centric metrics govern the benefits of DevOps. The most important DevOps benefits are

From the lens of a CFO, financial metrics govern the benefits of DevOps. The most important DevOps benefits are

According to a recent survey by Rackspace.com, 49% of the 700 C-suite executives witnessed a reduced IT infrastructure spending and 38% experienced a sales increase with DevOps implementation.

From the lens of an IT Manager, procedural and technological metrics govern the benefits of DevOps. The most important DevOps benefits are

Are you on the verge of DevOps Implementation?