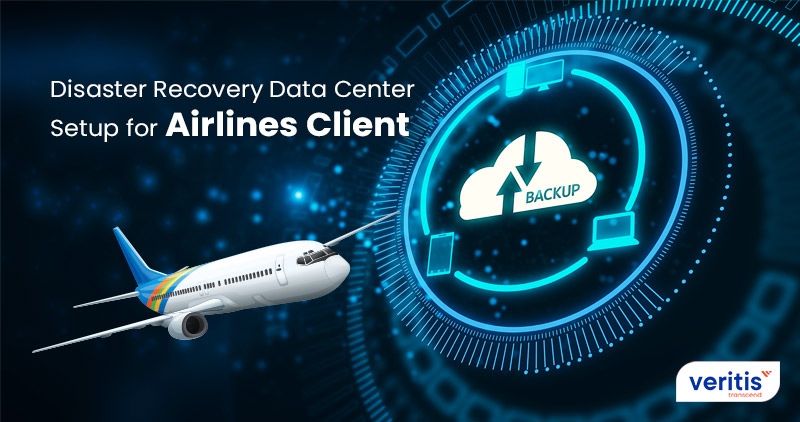 The client is a major US airline with a market capitalization of over USD 20 billion and operates a large domestic and international route network. The airline employs over 80,000 people and is a member of the Star Alliance, the world’s largest airline alliance.

The client was looking to achieve a working disaster-proof business model and required the creation of a data center at one of their locations, by cloning and replicating their existing data centers, that supports Disaster Recovery (DR) and ensures minimal downtime.

The DR project comprised a Linux environment and involved building the data center from ground zero. The Veritis team of Linux engineers worked on designing and implementing networks within the data center.

In addition to setting up the physical and virtual servers, the team worked on installing applications required for beginning the replication of the existing data center. Double-Take® Software was utilized to create a simplified and cost-effective DR architecture.

After installing and testing the applications on the servers, the team tested failovers and failbacks as part of the DR testing in addition to carrying out operational tasks such as patching and upgrading.

The application encountered bugs periodically such as non-working of Double-Take with network bonding which were fixed with patches. Additionally, a dedicated network had to be assigned for replication and production in order to reduce any bottlenecks.

The Veritis team took on both the operations and engineering roles which are usually handled by separate teams, thereby enabling significant cost savings for the client.

Other benefits delivered by the project include: