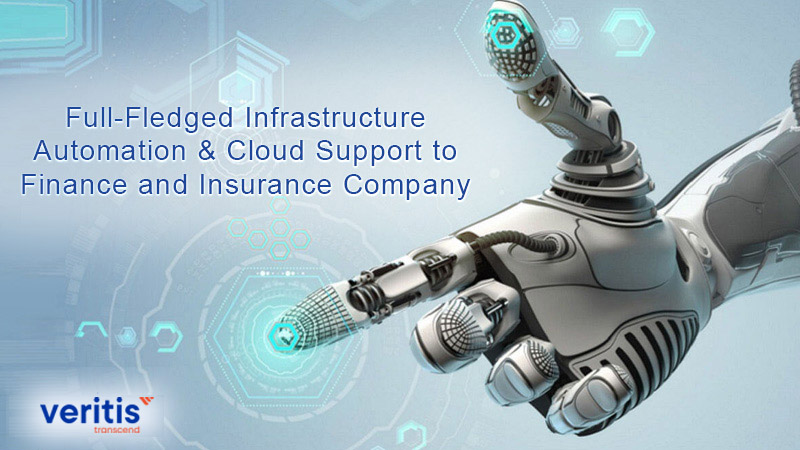 Our client specializes in dealing with the challenges of the insurance, investment and claims industry. With an expertise in managing complex risks and providing expert advice on risk management and financial matters, the company has catered to the needs of a large clientele in about 100 countries and jurisdictions for almost a century.

Understanding the client requirement, the team of Veritis experts offered IT infrastructure solutions that helped the client in increasing the speed and accuracy of their applications, which in turn delivered faster results to their end-customers. Also, the infrastructure environment addressed the concern of silos between the test and production environments which earlier led to code deployment failures and performance issues of different Operating System (OS) packages.

While trying to implement changes with the help of Ansible, the client had been experiencing issues due to the disparity of internal processes. Additionally, they had to deal with outages in the development environment.

From the experience, the client now understands that not all environments are the same and that they need to consider all possible options that may exist in the infrastructure.

Ansible, Docker, Ansible Tower, OpenShift were the tools involved in the implementation of the project.

Veritis Team of developers has helped the client by reducing IT operational pressures and boosting operational effectiveness while reducing the risks in operating and maintaining IT infrastructure by using Ansible and Docker.