A Guide Through M&A – Types of Mergers and Acquisitions 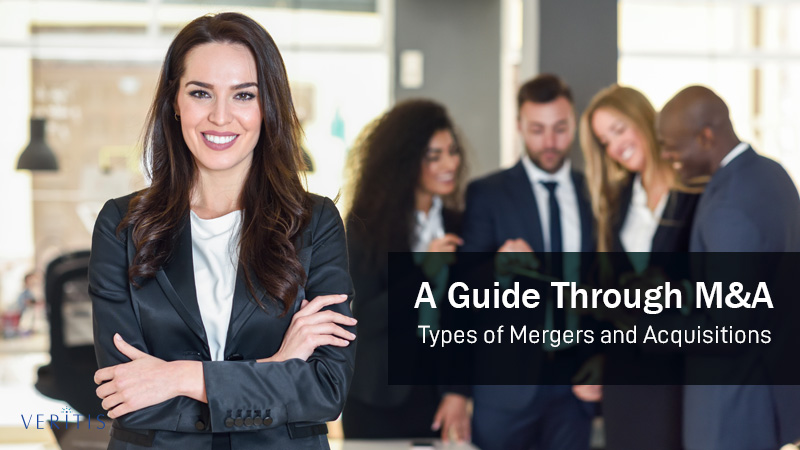 With businesses focused on expansion and increasing market presence, Mergers and Acquisitions (M&A) are a step in this direction and an equally rewarding process. But how do acquiring firms go about the M&A process?

Mergers and Acquisitions may can seem easy as two firms coming together but there’s more to it than meets the eye. The process can be quite a cumbersome task involving a lot of paperwork, legalities and more.

Here, we will see the different types of Mergers and Acquisitions.

A horizontal merger denotes the union between two companies, selling the same product or providing services to the same region. The merger widens their reach. 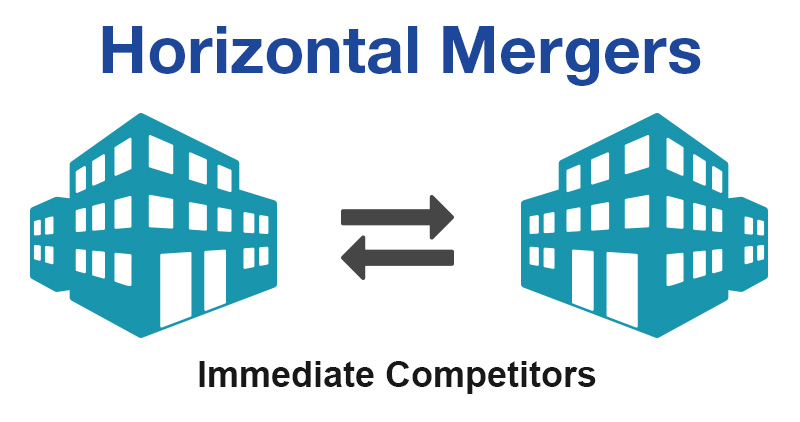 This type of merger happens between immediate competitors and is common in industries with few companies, resulting in stiff competition. Therefore, mergers and their resultant benefits are major driving factors for merged companies in the existing industry.

When two companies offering different products for the same service merge, then it is termed to be a vertical merger. 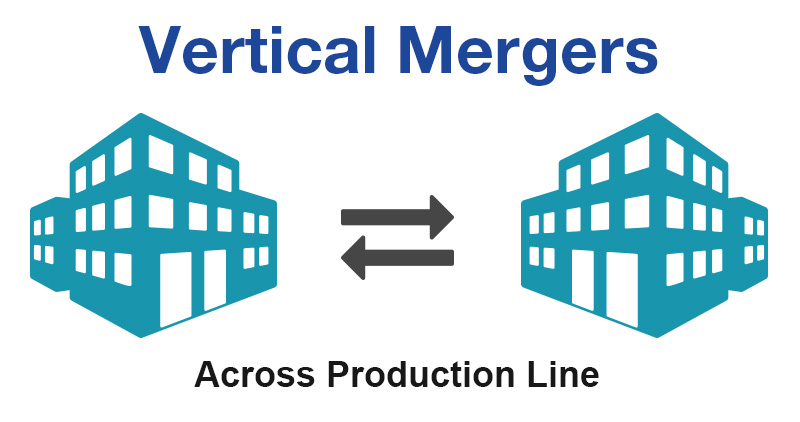 This type of merger mostly occurs between two companies within a production or a distribution process of a particular industry. The purpose behind this kind of a merger is to have high-quality control and gain more command over the supply chain, giving the merged firms a better competitive edge in the industry.

Similar to horizontal mergers, concentric mergers occur when one company merges with another company to sell products to the same customer, even though they sell different products. 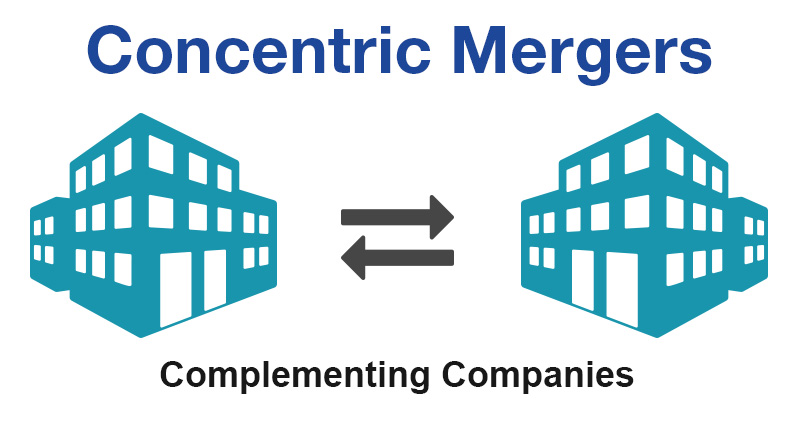 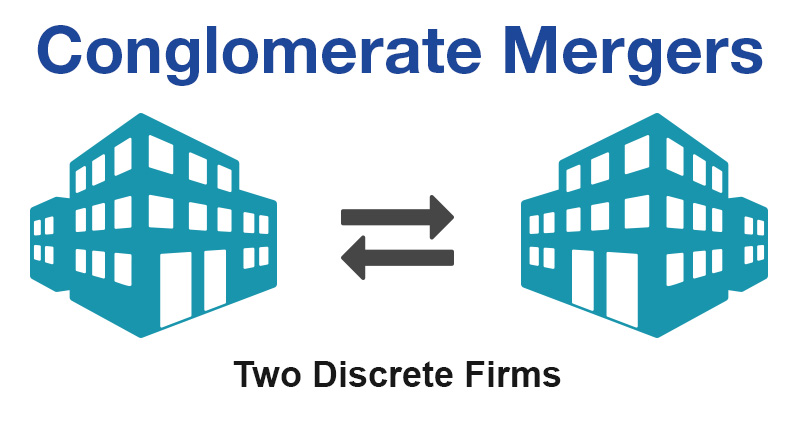 Conglomerate mergers can be risky as they result in an immediate shift in business operations. This will be difficult for employees of both companies as they have operated in different markets and offered unrelated products or services. 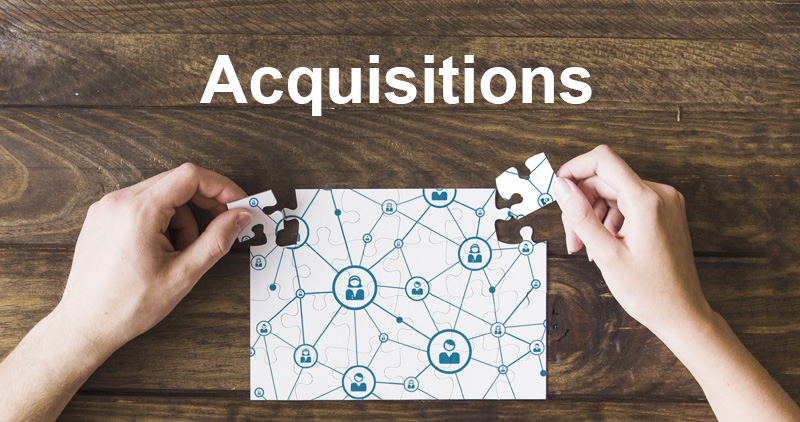 Acquisition is basically a process, where an acquiring firm purchases a company with the aim of absorbing the purchased company into its business. There will be no exchange of shares neither will a new company be created.

A formal acquisition involves the purchase of a company through purchase of its shares or assets. It is a great way to expand your business. However, it entails certain disadvantages.

If an acquiring company is buying a firm through purchase of shares, then the buying company also acquires the liability of the target company. This can add to the acquirer’s burdens as it may also have invested in a big loan to fund the acquisition.

As in the case of mergers, there’s also a matter of concern with corporate culture in acquisitions. Although the acquired firm is absorbed into the acquirer’s business operations, the buying out company’s employees are retained. If the acquiring firm fails to ensure that all employees work in harmony and are accustomed to the new environment, then it will negatively impact employee performance and lead to a downward spiral in terms of productivity. This can be a challenge to firms who have expanded their business to enhance service delivery.

Reverse mergers allow business to grow and reach new markets. This increases the profitability of a business and strengthens its credibility.

However, it’s disadvantage lies in the same area as its advantage. The reverse merger is the most risky way to go public. If employees don’t have prior experience of working in public companies then they will not be prepared for the extensive and expensive compliance requirements of being a publicly-traded company.

It is important for firms involving in a reverse merger to maintain enough funds to continue operations even after the merger and gaining adequate knowledge on regulatory requirements.

Differences Between Mergers and Acquisitions

While most people believe that mergers and acquisitions are the same, there are several differences between the two: 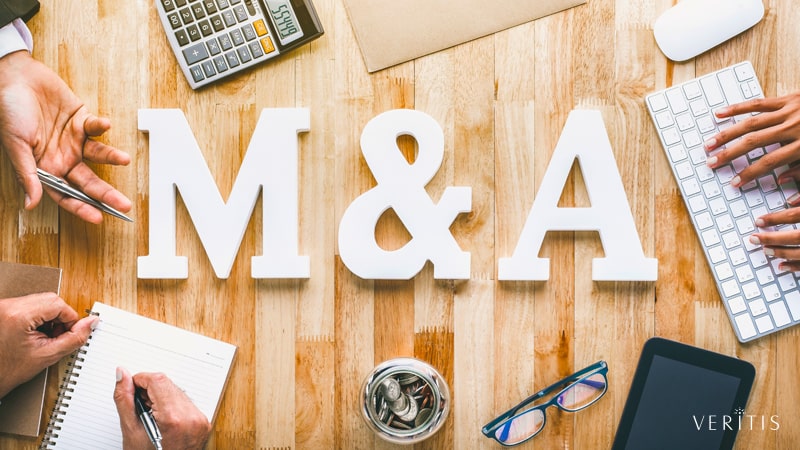 Mergers and Acquisitions are very essential as they increase market share and give a competitive edge for merged companies by way of:

Companies adopt various M&A strategies based on their geographic locations, financial needs and business objectives. Thanks to the mergers and acquisitions benefits, most companies are investing their energies to pool their talents and assets. Be it horizontal merger or traditional acquisition, planning a strategy requires great deal of attention and effort. That’s reason as to why Veritis has M&A process guidance and advisory service in its arsenal.

What is your business growth strategy? Looking for M&A advisory by a trusted partner? Contact Veritis!

FAQ’s Related to Mergers and Acquisitions

What are mergers and acquisitions?

What are the types of mergers and acquisitions?

Mergers and acquisitions are the significant aspects of management, corporate finance, and corporate strategy.

There are five most valuable mergers and acquisitions models that could increase your business growth.

How do mergers and acquisitions work?

Mergers and acquisitions are business transactions used to change companies, business units, and operating units in some form. It is the area that deals with brand image, assets, and liabilities to form one entity.

Why are mergers and acquisitions considered to be important?

Mergers and acquisitions are considered to be important because they increase the market share and give an edge to merged companies.

They adopt various market strategies depending on their financial needs, business objectives, and geographic locations.

Reasons for companies merging or acquiring with other companies?

Mergers and acquisitions are a crucial part of the business.

There are five key reasons

What is the merger and acquisition growth strategy?

Growth strategy is the primary goal of an acquisition, so any organization planning about growth should make mergers and acquisitions the main aspects of their strategy.

What are the pros of mergers and acquisitions?

Mergers and acquisitions provide several benefits to business growth. Some of the essential benefits are:

What are the cons of mergers and acquisitions?

Some of the most common cons of mergers and acquisitions include:

What are the tax benefits of a merger?

There are many tax benefits associated with mergers and acquisitions, and some would slightly increase the price of transactions.

Tax gain may also increase in mergers because of surplus funds, unused tax losses, unused debt capacity, and the write-up of depreciable assets.

Which company provides mergers and acquisitions?