Blog
Home > Resources > Blog > EKS Vs. AKS Vs. GKE: Which is the right Kubernetes platform for you?

EKS Vs. AKS Vs. GKE: Which is the right Kubernetes platform for you? 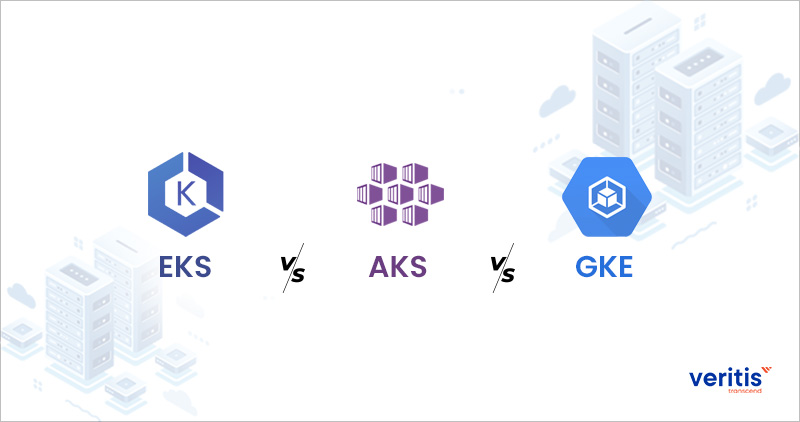 Kubernetes is one of the most used tools across the IT industry now. From its inception, developers have favored Kubernetes, and people worldwide are propelling innovation with this open-source platform.

Despite its challenges, Kubernetes or K8s have captured the attention of the top-notch tech providers as AWS, Azure, and Google Cloud have all released Kubernetes offerings. In this blog, we shall pit all the three offerings, EKS Vs. AKS Vs. GKE, against each other and see which is best for you. 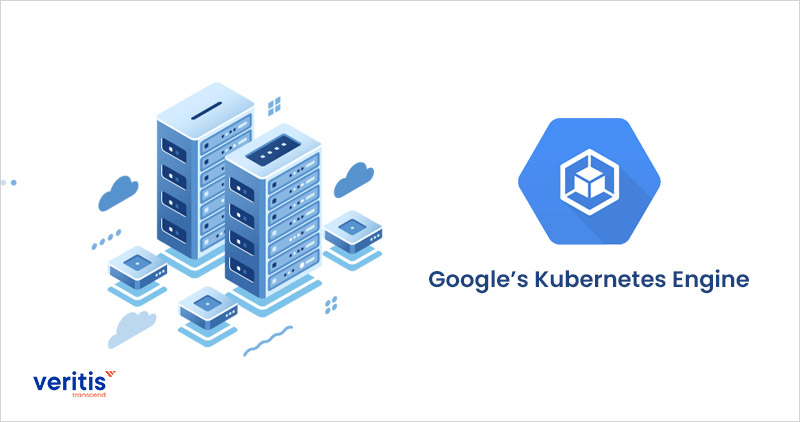 Launched in 2014, Kubernetes traces its origins to Google, the American giant that created it. GKE is the industry’s first fully managed K8s service, allowing its customers to execute 4-way autoscaling K8s API and enjoy multi-cluster support.

It is one of the most-advanced K8s management tools as it strong-arms its customers to manage the containers and scale them using Google infrastructure. In addition, GKE is fortified with Identity and Access Management features that allow its customers to better protect their sensitive workloads. The engine also packs an auto-repair feature which fixes a damaged node when it runs health checks.

Useful Link: 7 Most-Productive Google Cloud Tools One Must Have! 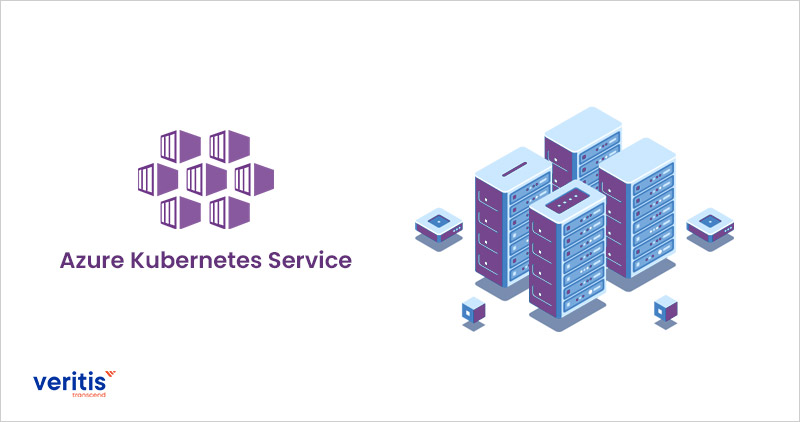 Once Microsoft appreciated the significance of K8s, they released AKS in mid-2018. With GKE, customers can host and manage their containers using AKS. In addition, it provides serverless K8s infrastructure, which can support continuous integration or delivery (CI/CD).

A big win for AKS customers is developing and deploying solutions that are compatible with Microsoft products. Given its global footprint and wide usage, it is no wonder that AKS is the most geographically available tool than other competitors.

Azure Container Service made this product possible, whose DNA was integrated with AKS. The former tool was popular as it propped not only K8s but also Apace Mesos and Docker Swarm. 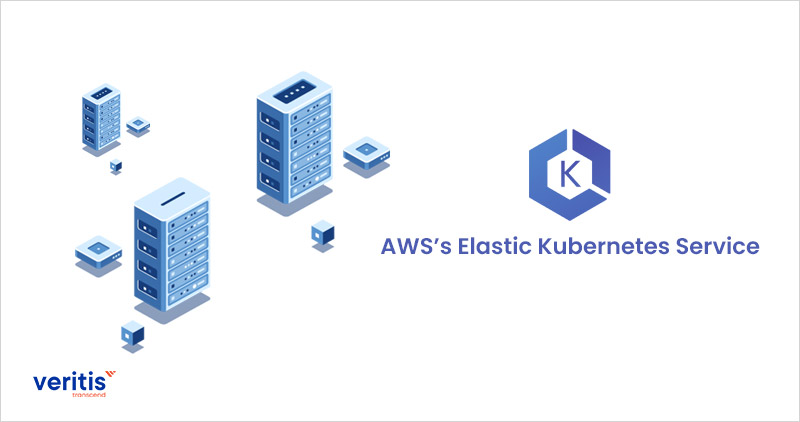 It is no secret that AWS has the largest cloud footprint globally, and Amazon had the herculean challenge to build a K8s tool that could support the wide-userbase. In June 2018, AWS made EKS generally available for all. EKS is not dissimilar to AKS and GKE as it supports swift development and deployment of applications based on Kubernetes. While Azure may have the largest geographical ability, EKS rides on the coattails of AWS, which is the world’s largest cloud.

Useful Link: The 6 Cloud Trends Which Shall Dominate 2022

EKS also allows its users to build and manage K8s containers with the set of resources they already have. Additionally, AWS has come out with Karpenter, a K8s open-source project which supports just-in-time computations (but more on Karpenter in another blog post).

Let’s look at some critical areas and which tool scores best among its competitors. 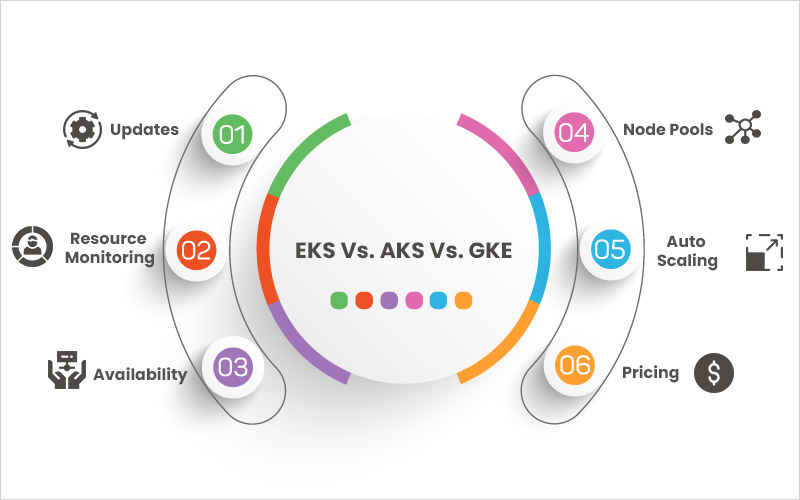 It appears Google loves their open-source product as GKE takes the cake here. GKE provides fully automated updates for the K8s clusters. The Kubernetes releases are also made available by Google in the engine. Coming in second is AKS as the updates are installed with one click from the users.

Along with the regular updates, AKS solutions are secured by Azure Security Center, which has automated threat detection and disk encryption. EKS lags in updates as it is challenging to update as it involves multiple steps. The users of EKS would have to punch in the command-line instructions, which would get the update initiated. These steps are required when you are managing the updates for nodes.

Resource monitoring at GKE is easy as Google Cloud comes with Stackdriver, a platform dedicated to K8s monitoring. With Stackdriver, one keeps an eye on the nodes and all Kubernetes components inside the platform. Moreover, all this monitoring can be done without undertaking any extra steps. This is the edge GKE possesses over AKS.

AKS does provide monitoring abilities to its users. One can monitor the health of every K8s container and keep a weather eye on every component utilizing Application Insights. The latter is complicated as one would have to configure Istio, a service mesh solution. Despite this disadvantage, both GKE and AKS outclass AWS’s EKS.

AWS doesn’t dole out any integrated monitoring tool. Should one want to monitor K8s components and containers, they would be at a particular disadvantage as AWS ropes in third-party monitoring tools.

Useful Link: What is Cloud Continuum and How Businesses Can Leverage it?

Microsoft tapped into its widespread established network and buttressed Azure and AKS to position it better. Azure doesn’t make any effort to pull any punches to make it clear that it is available in more regions than any cloud provider. Azure has even forayed into Africa and recently expanded its well-founded footprint in India.

However, AWS is not far behind, which can attribute to its age. Among all three competitors, AWS was the first to enter the cloud race, and it has 66 availability zones. And the footprint is only set to increase as Amazon plans to add 12 more zones to its arsenal. Considering its entry time, it is no surprise that Google came in at the last spot. Google Cloud is available in 20 regions, and the IT company is paving the way for a wider network with three more regions.

In a cluster of K8s, a group of nodes that share the same configuration are referred to as a node pool. Node pools are vital as they allow the cluster to function with different machines for various workloads. The users can designate the node pools with the service they want to deploy them with.

Google and AWS have supported node pools for more than four years now. Although it is late to the game, AKS allows its users to run 100 nodes per node pool. This is the same number of nodes that one can run on AWS’s EKS.

One of the standout features of Kubernetes is its seamless ability to scale the nodes. This enables the cluster to trim down on resources usage. This not only saves time but is also cost-effective as both heavy and lean demands are met with the right amount of resources. Additionally, Auto-scaling can be utilized to tweak the resource utilization plans for the present and future.

GKE provides the most reliable auto-scalable solution. The users of the engine need to mention their desired virtual machines’ size and the required number of nodes on the node pool. Google Cloud takes care of the rest, and it is a hassle-free operation from thereon.

EKS sprinted to the second spot as autoscaling K8s is relatively easy as it only takes a few manual steps. As you may have guessed, AKS was chronologically last to the game. However, its autoscaling is better than the other two as its cluster autoscaler monitors several pods that couldn’t be scheduled on nodes for various reasons. The number of nodes is automatically increased by the tool. One can tweak the cluster settings with a few manual steps.

GKE and AKS have scored this round as they provide cluster management for free. This effectively means that master node management and infrastructure required for the implementation are not billed. However, the rest of the charges apply to the virtual machines usage, bandwidth, and other such frills.

EKS lags in this area as it bills 10 cents/hour/control plane. Additionally, USD 0.20 per hour is billed for every deployed cluster. Although it sounds less, it dents your wallet more than you know. Should pricing be a dealbreaker for you, maybe consider AKS or GKE for the moment.

Useful Link: Waterfall Vs. Agile Vs. DevOps- Which Production Method Should You Take?

While this blog post is generalized for everyone’s convenience, it is commonly accepted that everyone’s requirements are unique. GKE, AKS, and EKS are great workhorses that produce results. And while multi-cloud support has taken off, it is currently in a nascent stage, which is an essential factor as each platform unlocks a specific suite of tools that would be unique to the cloud platform.

This is the primary motivation for Fortune 500 companies and emerging enterprises to seek the services of Veritis. We appreciate every unique need and dole out a cost-effective solution that propels productivity without hampering the quality. So, reach out to us and walk away with a solution that shall help you scale new heights.