SRE vs DevOps: Which Productivity Approach is Better? 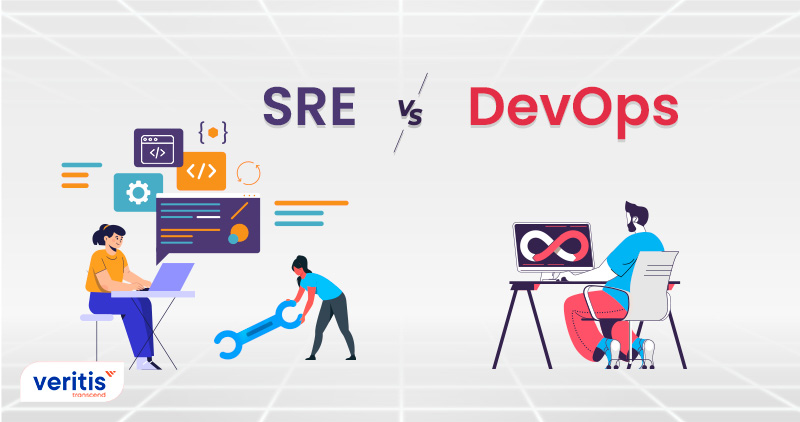 When a new concept emerges in software development, companies are increasingly adopt methodologies that allow dependable and scalable software. For the past few years, two concepts have been trending in the IT arena – DevOps and Site Reliability Engineering (SRE). They both coexisted in the field of software development and deployment.

Both these may appear to be competitors at first glance. However, deep insights revealed that alleged competitors have distinct processes and identities to meet the requisite goals. Moreover, they both are different words for the same approach. Both Site Reliability Engineering (SRE) and DevOps aim to bridge the gap between development and operations teams to improve the life cycle without compromising quality. For past few years, the rise of DevOps and Site Reliability Engineering approaches and practices have become mainstream.

Another survey conducted by Transposit firm on National DevOps day stated that two-thirds of respondents (63 percent) had noticed a rapid growth in service incidents after affecting their clients during the last 14 months. Furthermore, coming to the DevOps workflow, over half of respondents (58 percent) said that downtime for their company could be up to USD 4,99,999 per hour on average, with 40 % informed that the cost increased in the previous year.

Before delving deep into the significant difference between Site Reliability Engineering (SRE) and DevOps, let’s explore the concepts first.

What is Site Reliability Engineering (SRE)? 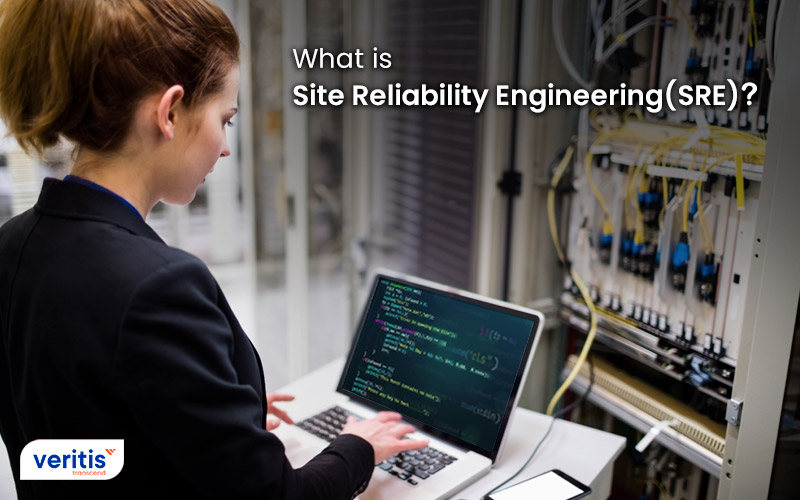 The concept of Site Reliability Engineering (SRE) was first originated at Google in 2003 under the direction of Ben Treynor Sloss, vice president and overseeing technical operations at Google. In recent times, SRE has gained much traction in the IT world.

Google’s vice president Treynor Sloss said, “So SRE is fundamentally doing work that has historically been done by an operations team, but using engineers with software expertise, and banking on the fact that these engineers are inherently both predisposed to, and have the ability to, substitute automation for human labor.”

SRE is the result of combining system operations responsibilities such as latency, performance, ensuring availability, scalability, capacity, and the deployment of software systems. By combining various aspects of software development into IT operations, SRE offers a unique model for service management and application life cycle.

Service level objectives (SLOs) cater to values and goals created by SRE teams that must reach to meet SLAs. 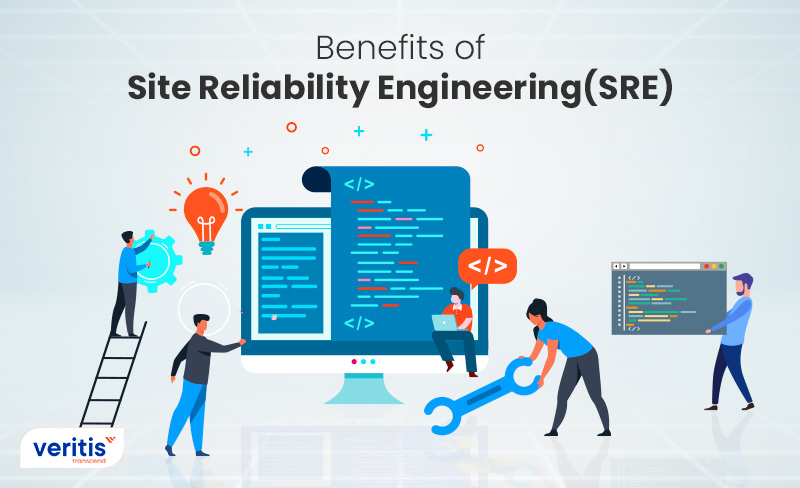 Whereas DevOps improves company collaboration and speed, one of the primary benefits of SRE is increased uptime. Their focus is primarily on service operational or software platforms. SRE aims to keep things operational, and tasks such as prevention, reliability, redundancy, and disaster management are paramount.

The goal of the SRE team is to figure out the best solutions to avoid issues that could result in downtime and keep things running. This is especially key for managing large-scale systems. The significant advantage of Site Reliability Engineering is that it allows businesses to minimize manual tasks, providing developers more time to create innovative ways. Moreover, in SRE, any flaws are swiftly identified and rectified efficiently.

Roles and responsibilities of SRE

The purpose of SRE in an organization is quite simple – the SRE team ensures that the service or platform is available to clients whenever they require it. In addition, through the refinement and automation of routine processes, an SRE ensures seamless collaboration between development teams and IT operations.

Some responsibilities of an SRE include:

Useful link: What is Azure DevOps and How it Helps Businesses Drive Growth 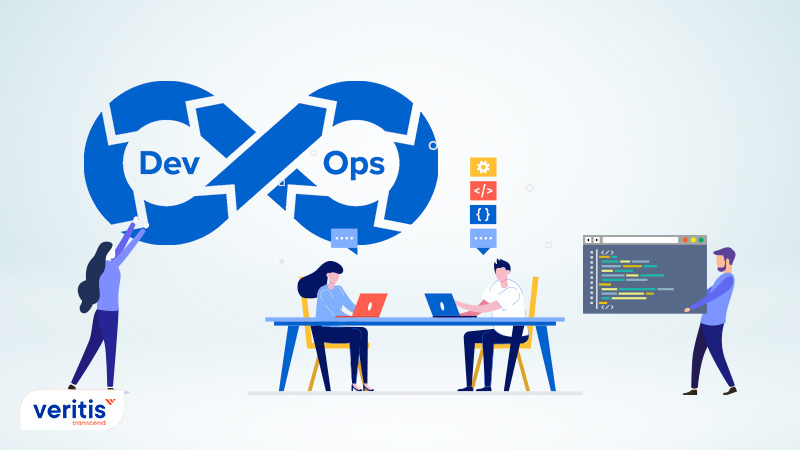 The concept of DevOps was coined by Andrew Clay and Patrick Debois in 2008. The DevOps movement began to coalesce during 2007 and 2008 when software development teams and IT operations teams had raised issues about what they witnessed as a terminal degree of dysfunction in the industry.

DevOps combines tools, practices, and cultural philosophy that improve work throughout the implementation of lean practices, and agile in the context of a system-oriented model. Simply, it is an approach to software development. Developers or programmers were responsible for developing and coding the required functionality in the traditional software development lifecycle. It is a combination of practices and concepts related to software delivery and development. DevOps also permits improved customer satisfaction and reliable service delivery by providing collaboration and communication between cross-functional teams.

Continuous, incremental improvements are the foundation of DevOps processes, which are aided by automation. While full automation is rarely attainable, a DevOps methodology focuses on the following factors for total automation: 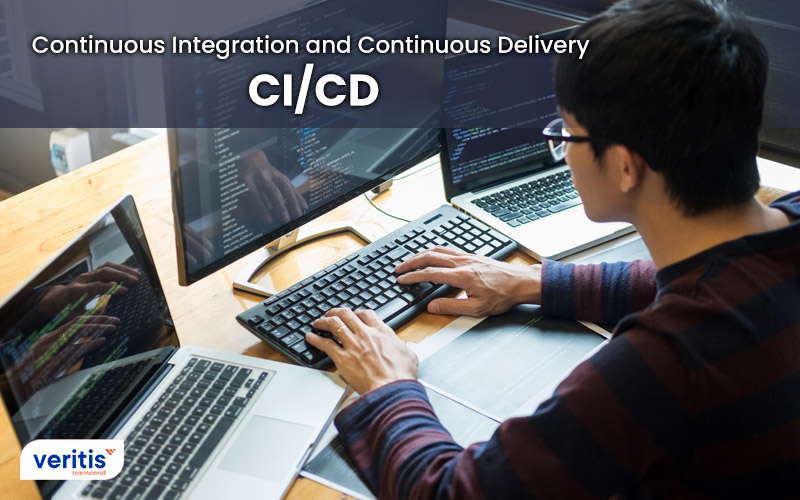 The goal of DevOps is to update and deliver apps to clients as quickly as possible. DevOps automates releasing and updating code into production using CI/CD pipelines to connect procedures and processes.

Continuous monitoring and deployment are also part of CI/CD to maintain code consistency across multiple software versions and deployment environments.

DevOps emphasizes the abstraction of IT infrastructure so that it may be provisioned and controlled automatically using software engineering methodologies. Consequently, you’ll have an efficient system that permits your team to monitor infrastructure configurations and track changes that have unanticipated or undesirable consequences that should roll back.

While updating or writing the code, it is continuously and automatically tested. The continuous mechanism accelerates deployment by eliminating bottlenecks associated with pre-release testing.

Useful link: Future of DevOps: Top 6 DevOps Trends in 2022 and Beyond 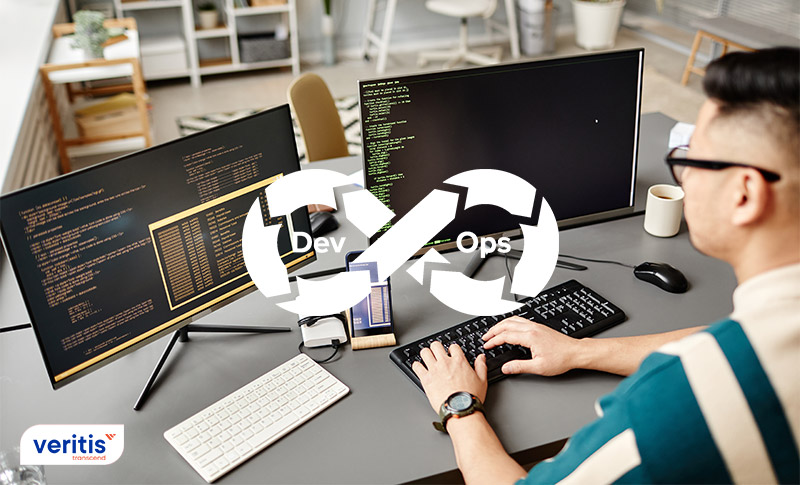 DevOps decreases the complexity of managing software engineering projects through automation and collaboration.

The following are some of the benefits of implementing DevOps:

Difference between SRE and DevOps 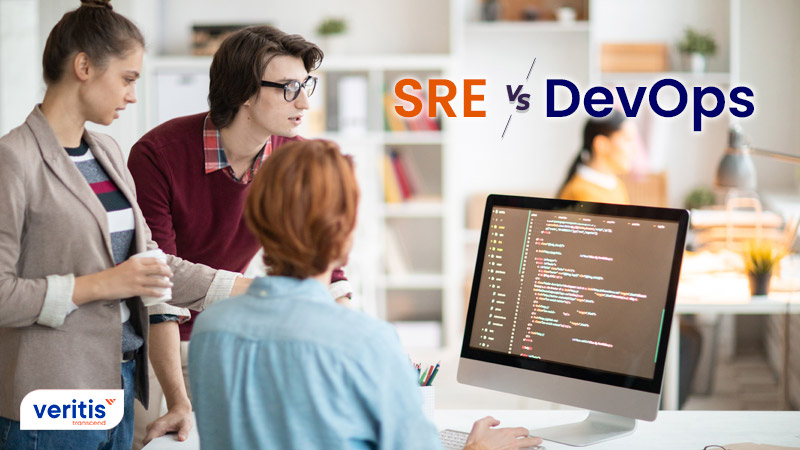 Let’s explore the in-depth difference between SRE and DevOps on different parameters.

SRE and DevOps have standard features because both approaches monitor production and ensure operation management runs smoothly. They both aim to improve the performance of complicated distributed systems. They both trust that change is mandatory to improve and emphasize the importance of people working as a team with shared responsibilities. They focus on enabling reliability and automation.

DevOps and SRE can coexist since the two methodologies aren’t mutually exclusive. The work culture is different in both models, and they both share some foundational values. But in this world of numerous options, zeroing in on an MSP is an arduous task. This is where Veritis steps in, a Stevie Award winner that offers numerous technology services and cutting-edge tools for competitive differentiation. Veritis offers the best services for your organization with a cost-effective solution.

FAQ’s About SRE vs DevOps

What is the difference between SRE and DevOps?

They are developing a service or application to address a customer’s issue. They are using an agile approach to software development that enables them to create, test, deploy quickly and monitor apps.

The implementation of the core is being worked on by SREs. The core development group receives feedback from them regularly.

SRE uses software engineering, operations data, and automation to speed up software delivery and automate IT operations chores while lowering IT risk.

Which is better, SRE or DevOps?

DevOps teams can take ownership of and manage multiple tools and platforms due to their broad range of responsibilities.

On the other hand, SREs focus on system health. The DevOps pillars should also be noted since they can provide further information about the problems that DevOps teams attempt to solve.

What is the SRE role in DevOps?

SRE tooling and procedures complement DevOps concepts and practises, which is why SRE and DevOps are frequently referred to as two sides of the same coin.

How is SRE related to DevOps?

Acknowledgment of the need for improvement through change is a prerequisite for DevOps and SRE. Without that, there wouldn't be much room for movement.

What is the future of SRE?

SRE is becoming more and more popular among enterprises, but not all of them have in-house teams. Many of these same companies want to avoid having to employ SRE teams from outside sources.

SRE is a continuous process involving continual work, contributing to some of this. The only way to fully benefit from this is to have those with the required skills nearby.

How does a Site Reliability Engineering differ from a DevOps engineer?

What are the skills required for SRE and DevOps

SREs are naturally more inquisitive. They are prepared to research to find out what went wrong. They want to prevent the same problems from happening again. While DevOps develops code, tests it, and releases it into production to create an application line that will direct them to solve a problem.

Which tools use for DevOps?

What are the tools used for SRE?

What is the Site Reliability Engineer role?

Configuration, monitoring, and code deployment, as well as change management, emergency response, and capacity management of production services are all SRE teams' responsibilities.