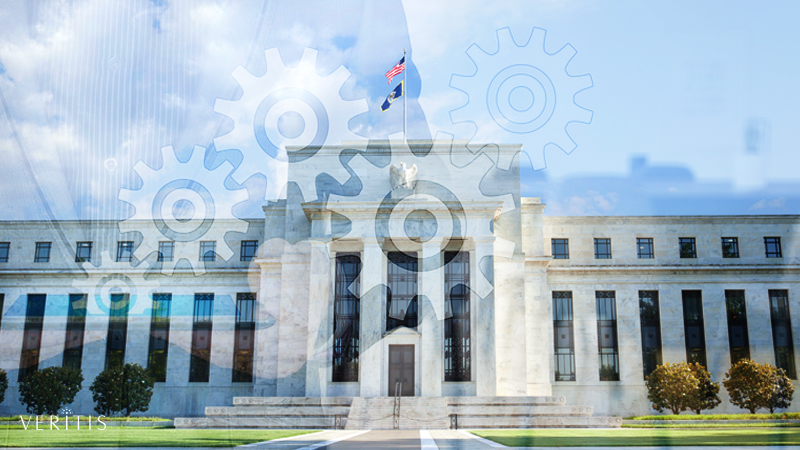 Days are gone where the IT transformation and run for technology inclusion were limited to private sector. Now, governments across the world are in the game!

Changing public mindset, growing demand for quicker delivery of services and dire need to maintain an upper hand over the private players have led the public-sector organizations to go digital and tech-savvy.

Besides, the growing public demand for personal and professional environment has also moved world governments to move on quest for right technology deployment to offer safe, secure and quality public services. Out of this need appeared the trend of digital applications in the government sector!

Eventually, many government departments and agencies have already begun adopting agile workflows with collaborative techniques to ease their internal functioning, and DevOps appeared as a solution for many!

Now, let’s take a look at DevOps trend in government sector and what it means to the sector.

A survey by a renowned IT firm found some alarming results about the DevOps adoption trend among the public-sector employees.

While 45 percent of the surveyed government employees said that they have just heard the word ‘DevOps’ and nothing much about it, around 17 percent said that it was the first time they heard that and nearly 10 percent said they are very familiar with the technology.

Whereas, 26 percent said they are well aware of the DevOps concept, but are yet to see its strategy and implementation.

Why DevOps in Government Services?

Government departments have been following traditional linear requirements wherein, developers write code for the service requirement and pass it on to the operations team for deployment.

Unfortunately, in the process, none of the two teams were aware of each other’s ways of using the service and the resultant impact in the real-time, which could be violation of regulation, security and more causing the disruption.

Operations team can have a lookback to developers in case of a concern, but that turns out to be critical if the concern is significant and takes time to get fixed, which might consume the recovery time and hurt the workflow for next projects.

This gap between the two teams might be common even in private sector, but government departments are in fact more vulnerable to this scenario as they directly deal with laws, regulations and matters of public concern. So is DevOps for government services!

Security and Transparency, A Serious Challenge

So, maintaining transparency of sensitive information as part of collaborative development is a real matter of concern!

DevOps facilitates ways to implement solutions to the said challenge:

Usage of synthetic or masked data facilitates collaboration among Dev and Ops teams to work on life-like data without compromising sensitive information. And, such methods supported by effective DevOps practices can address the government sector’s major concern of dealing with security and transparency in DevOps implementation.

Other key challenges that government sector face in implementing DevOps include: 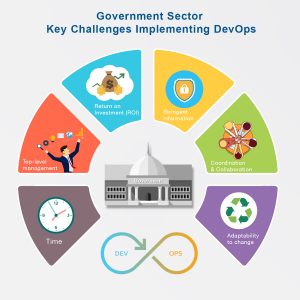 There might be a misconception that quicker delivery of services would sometimes compromise quality. That’s not the case with DevOps as here two different teams that are key to final product work collaboratively with a clear understanding of each other’s workflows unlike in the traditional approach where a single change poses threat to entire project.

This is another major factor that comes as a value-addition in the form of DevOps for many government agencies in producing better end-products as part of their public services.

Technology for Better Governance, A Growing Trend in Public Sector

Digital transformation has really changed the way industries operate and further instigated government agencies also to look into technology deployment for offering their public services in a better way.

Flexibility, cost-savings, collaboration and the need for minimizing manual processes to save time have influenced the governments across the world, especially that of developed countries.

Eventually, few governments have already begun deploying new technologies even in the developing world and more are in the offing.

As part of the discussions, a strong pitch was made for the deployment of the trending technology services such as Big Data Analytics, Internet of Things (IoT), AI and DevOps as a means to achieve effective governance across various areas such as healthcare, defense, transportation, financial services, smart city development and civic management.

Deployment of DevOps practices was listed among keyways such as data-driven culture, agile and lean methods for successful use of data to address key business challenges.

A firm or organization’s eligibility or ability to adopt DevOps can be assessed by following factors:

Overall, DevOps can be a good solution for many government agencies that are striving to serve public with more fast and effective services powered by new-age digital tools and advanced technologies, provided the aforementioned requirements are met.