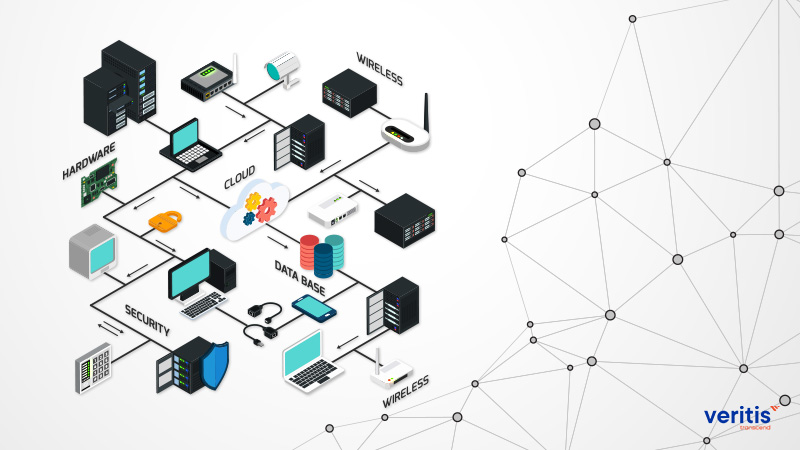 Despite the humongous advancements in enterprise cloud computing in recent times, on-premises IT Infrastructure continues to play a key role in the formulation of the IT and digital strategies of organizations.

With a focus on increasing bandwidth, enhancing network security, building WLANs and adding additional servers, companies across the world are investing more on storage, data center and networking infrastructure.

Findings of the Global Survey

The 2018 State of Infrastructure study looks at many parameters such as the organizational response to the ever-increasing demand for storing and managing data, drivers and inhibitors for infrastructure modernization, investment on infrastructure enhancement, among others.

The study that surveyed around 150 IT leaders and practitioners, involved in the purchase or management of infrastructure systems, from diverse industries and organizations of varying sizes concluded:

1) Increased Spend on IT Infrastructure:
A majority of the organizations (63 percent) are looking towards increasing their annual spending on IT infrastructure. While a quarter of the respondents are planning on an increased spending of more than 10 percent, one-fifth of them intend to spend 5-10 percent and 18 percent are limiting the hike in their spending to less than 5 percent.

On the other hand, 30 percent of the leaders surveyed do not expect any change in their organizational spending, while 5 percent expect a decline in their IT infrastructure investment.

Along with data storage, rise in workforce demand and support for new business opportunities are cited as other key factors driving the emphasis on IT infrastructure.

2) Network Security, the Prime Priority:
Organizations consider security as the major factor governing their investments in networking technologies. Around three-fifth of the survey respondents considered security as one of their top three investment priorities.

Increasing bandwidth with high-speed Ethernet and upgrades to network hardware or OS are the other two major priorities with 29 percent and 21 percent, respectively.

3) Data Centers to Dominate:
Despite the advent of the cloud, the importance of data centers has not diminished. Over 30 percent of the survey respondents were found planning to spend more than half their total IT budget on data center facilities, operations and hardware. Datacenter servers rank as the top priority for 44 percent of the organizations.

65 percent of the respondents reported that they are either using or considering integrated technologies to ensure simplified management and speedier deployment.

5) Mission Critical Wireless Networks:
In order to meet the growing demand for wireless networks, owing to their significance in IT infrastructure, organizations are continuing to focus on building WLANs.

Wireless access points with 47 percent and wireless/mobile security with 39 percent lead the list of technologies that the respondents plan to invest in.

Gartner predicts a rising demand for Infrastructure-as-a-Service (IaaS) and Platform-as-a-Service (PaaS) over the next couple of years. This is likely to result in organizations looking to manage a hybrid combination of on-premises and off-premises infrastructures, leveraging both cloud and non-cloud architectures.

IaaS and PaaS are the highest-growth segments in cloud and infrastructure services, with a recorded growth of 53 percent in 2016, year-on-year.

Reduced risk, increased flexibility and proper management of capital are a few benefits that are prompting companies to move from the traditional CAPEX to OPEX offered by the ‘as a service’ models.

There are several factors inhibiting the efforts of enterprises in modernizing their infrastructure. While cost of implementation, lack of staff expertise and security concerns are the most critical ones, complexity of implementation and lack of resources to evaluate new solutions also figure in the list. Non-compelling value proposition and immaturity of products in the market are other key challenges.

Please contact Veritis at connect@veritis.com for more insights and responses to queries on IT Infrastructure Landscape.

One thought on “Major Trends Influencing IT Infrastructure Landscape”