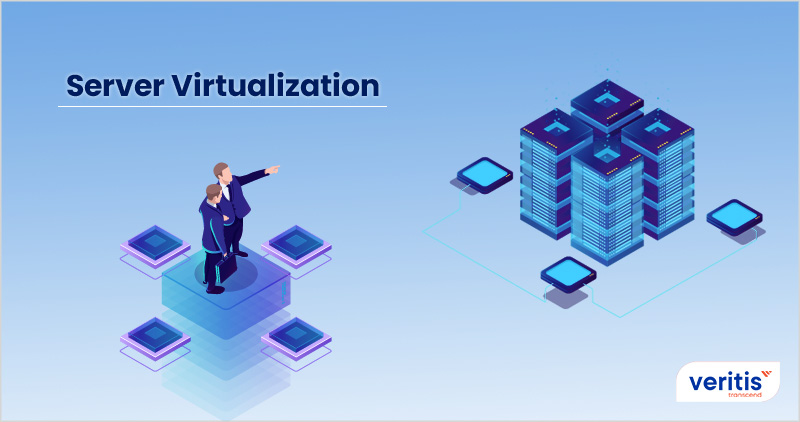 Every organization has to be fully equipped to meet the challenges of a competitive market that thrives on excellent product/service delivery.

Being backed by seamless technology and multiple backup resources gives an organization the much-desired edge over similar service providers.

Among many such technologies that bolster a company on its journey to growth is an effective solution with immediate response to the organization’s scalability needs i.e., ‘Server Virtualization’.

What is Server Virtualization?

Server Virtualization is the distribution of a single server into multiple virtual servers with their own set of Operating Systems (OS) and applications. These servers are commonly referred as Virtual Machines (VMs).

To setup virtual servers, the server administrators utilize a software application such as a hypervisor to divide one physical server into numerous isolated virtual environments.

Each VM is an independent server, even though it is running on just a part of the actual underlying computer hardware. This aspect enables businesses to efficiently utilize physical computer hardware and realize a greater return on their hardware investments.

Moreover, the server virtualization arrangement helps a company divide its operations to manage complex workflows. For example, a team of graphics personnel can work on a Mac OS, whereas a team of accounting professionals will use a Windows environment and this diversified usage won’t be an impediment.

Challenges That Paved the Way for Server Virtualization

Without virtualization, enterprises face challenges including server sprawl, where resources are not utilized to the fullest while still consuming significant floorspace. Moreover, the manual process failed to meet the rising production demands and data center management became a cumbersome task.

But today, server virtualization has transformed the way a company manages its resources to fulfill its business growth needs. 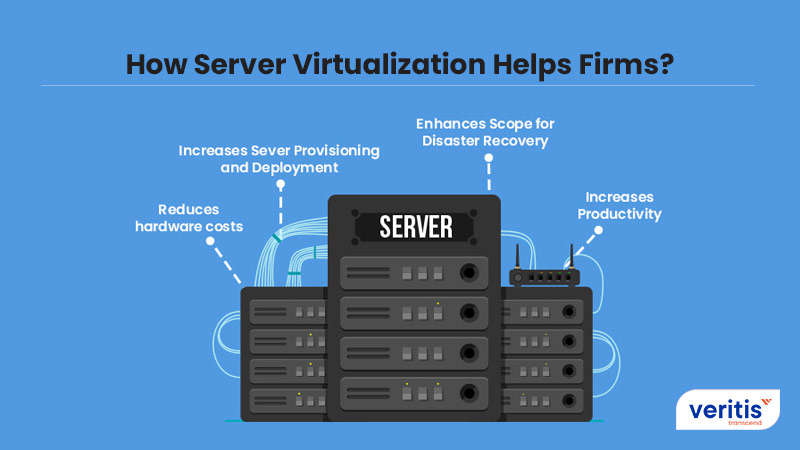 Driven by the need for growth, cost savings and technological advancements, organizations adopt server virtualization owing to its following benefits:

Server virtualization has several variations including:

The Future of Server Virtualization

The global server virtualization market is forecast to propel from USD 7 billion in 2020 to USD 10 billion by 2026. 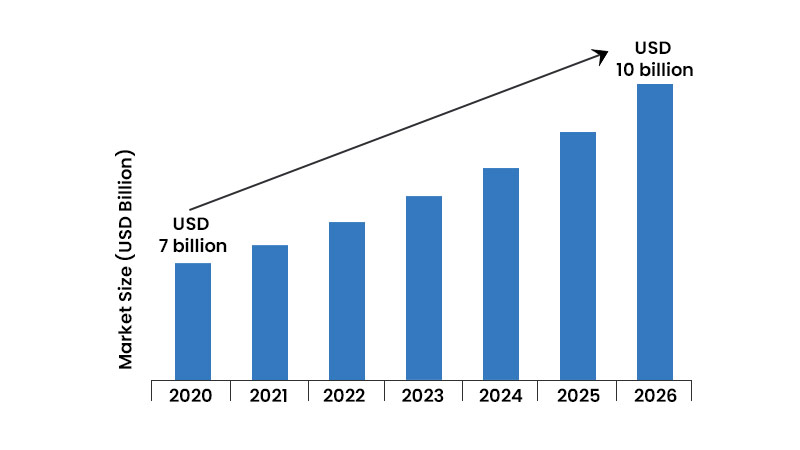 Factors that drive server virtualization include:

Despite the dawn of containerization and serverless computing, server virtualization is still an important technology for large enterprises.

The Global Server Virtualization market is driven by some leading companies including Citrix, Oracle, Microsoft Corporation, Red Hat and VMware, among others. The VM saturation estimation is as high as 90 percent.

Users with heterogeneous environments will likely continue to use VMs because containers need to run on all the same OS and can’t be mixed between two OS platforms.

Useful Link: IT Infrastructure with Virtualization and Server Maintenance

Server virtualization is an imperative technology that helps relieve infrastructure overhead while improving cost savings, scalability, and efficiency. Despite being created decades ago, the road to successful virtualization remains bumpy. There is more to server virtualization than meets the eye. That’s why clients seek the services of IT Virtualization Consulting Services Providers like Veritis.

Veritis Group Inc holds sound expertise in virtualization solutions and has deployed its skills and services to the benefit of many clients. With our deep experience in market leading virtualization platforms including VMware, Veritis is well positioned to guide your organization through the journey to a virtualized IT environment. Whether it be virtualizing your network and server infrastructure or introducing virtual desktops and applications, partner with us and realize scalable virtual solutions to accommodate your evolving needs.

Looking for a trusted consulting partner to help you with your server virtualization project.