A Guide to APIOps, the Collaborative Approach for API Production 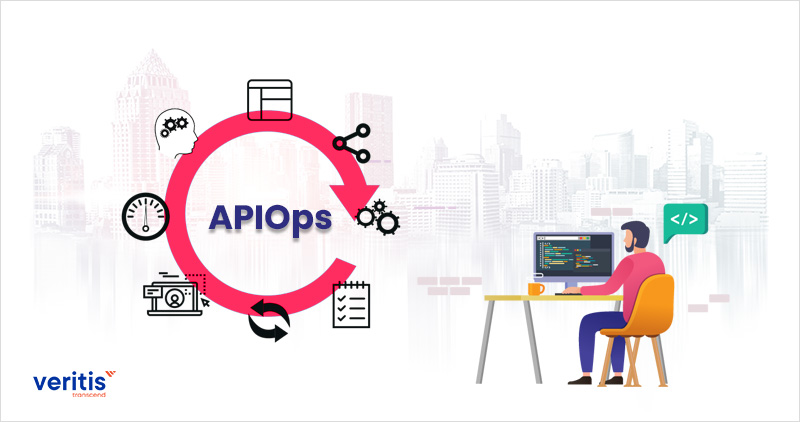 Cloud and IT landscape have changed a great deal over recent years. While Cloud was in the nascent stage, IT industries adopted different methods, ranging from Waterfall to Agile. Though these methods were productive, innovators never stopped bettering the existing methodologies.

Agile was progressively bettered to pave the way for DevOps. While the world continues to embrace the latter, there have been iterative developments over DevOps, which are GitOps and other such approaches.

APIOps, the combination of DevOps and GitOps, is a methodology that allows users to achieve high-quality results in the Application Programming Interface (API) lifecycle. Bearing semblance to DevOps, the project members would easily develop and deploy their iterative updates, which can be automated. This semblance and combination of DevOps and GitOps may make one wonder how it is different from them.

Let’s dive in and explore why APIOps may be the next big thing for your company. 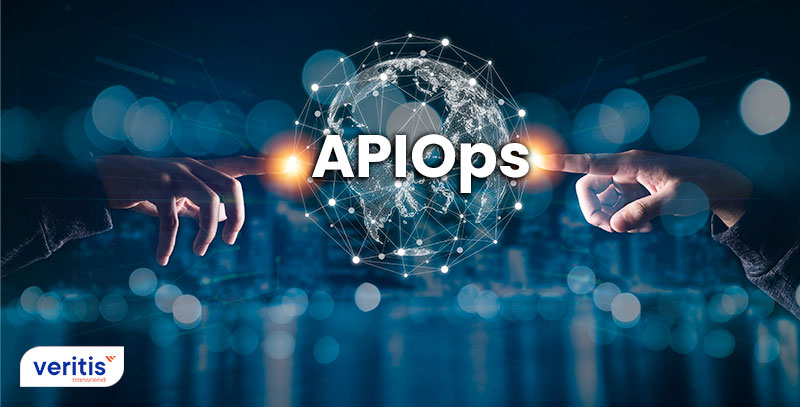 API has played an integral role in our lifestyle over the past two decades. The API is code components that allow the data flow between different systems in simpler terms. With the seamless data transmission, there is a betterment in the interconnectivity of applications and databases in multiple ways.

Given the spike in demand for IT solutions after COVID-19, the demand for API services has shot up exponentially. From developing new tools to endowing users with new experiences, developers across the globe have gone into an overdrive to develop and deploy services faster than ever before. And to complicate the matters, we are all at a juncture where one can’t afford to err.

An API should tick off certain checkboxes: security, compliance, accessibility, and robustness. In a day where hacks and data espionage incidents are marring the IT landscape, security is a key aspect that none can compromise upon.

Secondly, the API design should be overcomplicated and locked away from everyone so that none can access it. A well-designed API would be discoverable and accessible to people authorized to access it. Lastly, it should withstand heavy loads and heavy usage. None like a utility that is unreliable.

While we can argue that an API can still be deployed with any one of these qualities being met, one should acknowledge the risks lurking and appreciate the potentiality that their competition at some point would overshadow them. Amid these concerns, delivery time got elongated as quality took priority. As time is of great relevance to all, APIOps was developed to ensure organizations could deliver robust solutions without much delay.

To harness the benefits of APIOps, one has to specify the APIs early on. This approach is called ‘API First,’ where the developers have to define the service interface and implementation logic. Typically, DevOps members initiate this process with API progression with Open API execution where the framework is defined. In a nutshell, it is a set of instructions that chalks out the lifespan of API service. At this stage, the security policies and data management rules are incorporated to ensure the endpoints.

APIOps stunts the delivery time by providing automation and self-serve access to every project member. With automation tools incorporated at every step, API quality is ensured without spending much time. Additionally, consistency is established with increased usage of APIOps.

Useful Link: Top 10 DevOps Tools to Pick for Your Business 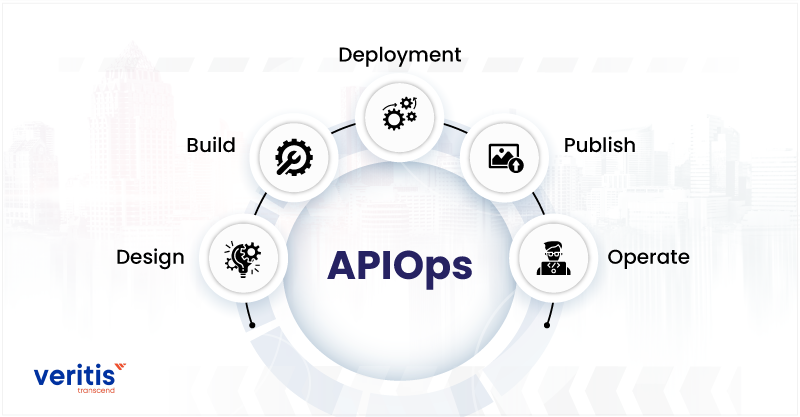 Before development, the first step requires a concrete list of the API specs and the creation of a test suite in the API design tool. Next, the tool should support the governing tests based on the specifications and the generation of the required iteration. The iteration is then sent to a version control system where it is subjected to the first automation checkpoint where it’s checked for the governing compliance.

One of the advantages of API development is that one can use any tool and build it in any programming suite. After the initial development is finished, the code will be subjected to testing. Thankfully, APIOps automatically triggers the testing once the code is checked in the version control. This testing includes unit-wise testing, and only after the testing evokes satisfactory results will the APIOps proceed to the next step.

A declarative configuration file is created automatically once the positive testing results come in. The file will be based on the APIs design from the pipeline. As these files are stored in the version control system, tracking and rolling back should the user feel so.

The declarative configuration file will enable the deployment of API to an API gateway by creating or updating the endpoints in the gateway, which automatically applies the security and governing policies created at the first stage.

Due to the extreme automation, API development and deployment are relatively easy. Due to the stunted requirement for human intervention, the publishing process is one of the favorite steps for any project member, as consistency and accuracy are guaranteed.

Managing after publication is what the operation step constitutes. Based on the demand, the users can decide whether to scale the API vertically or horizontally. And without jumping through many hoops, it can be updated. Should the demand fizzle out or for any other reason, the API can be retired without breaking a sweat.

One ought to understand that the declarative configuration file holds the key to easing these mundane operations all along the API lifecycle. The file also allows the users to configure the API to sustain peak usage and be scalability compatible.

APIOps is one of the solutions which has to come to the fore after COVID-19. The demand for quality solutions has spiked exponentially, and companies are increasingly looking for methodologies and tools to boost productivity to the required levels.

While this blog addressed what APIOps and its practices, there is a lot to it than meets the eye. From the tools for OpenAPI implementation, there are various steps involved. Be it a novice or a Fortune 500 company, they rely on Veritis to oversee various production processes. From DevOps to APIOps, we have enough expertise to dole out customized solutions.

So reach out to us and walk away with a solution that suits you best.

What is APIOps and how does IT work?

APIOps, the combination of DevOps and GitOps, is a methodology that allows users to achieve high-quality results in the Application Programming Interface (API) lifecycle.

What is the APIOps tool?

There are various APIOps tools which include Azure API Management and API gateway Kong.

However, APIOps is mostly process oriented which is defined by the specifications of the project.

API is code components that allow the data flow between different systems in simpler terms.

Companies which have well-networked apps and databases bank upon APIOps. Post-pandemic, companies have started relying on APIOps as people have increased their IT apps consumption.

What are the benefits of APIOps?

There are various benefits of APIOps. But, some of them are: Seamless data transmission, reduced human intervention, easy rollback and consistency are established with APIOps.

< class="pb-10">APIOps harnesses the spirit of DevOps. The latter has made production easy and swift. Along with DevOps, APIOps also has GitOps at its core.

This leads to people thinking APIOps is the same as DevOps. While APIOps is similar to DevOps, it is not the same.

Where Does APIOps Fit into the Modern IT Environment?

The usage of IT applications has spiked up exponentially as the global populace has become increasingly reliant on IT systems.

This increased appetite makes APIOps fit everywhere in our lives. From consumer apps to sophisticated production apps, APIOps fits just about anywhere in the Modern IT Environment.