Blog
Home > Resources > Blog > DevOps on AWS: An Introduction on How to Integrate Seamlessly

DevOps on AWS: An Introduction on How to Integrate Seamlessly 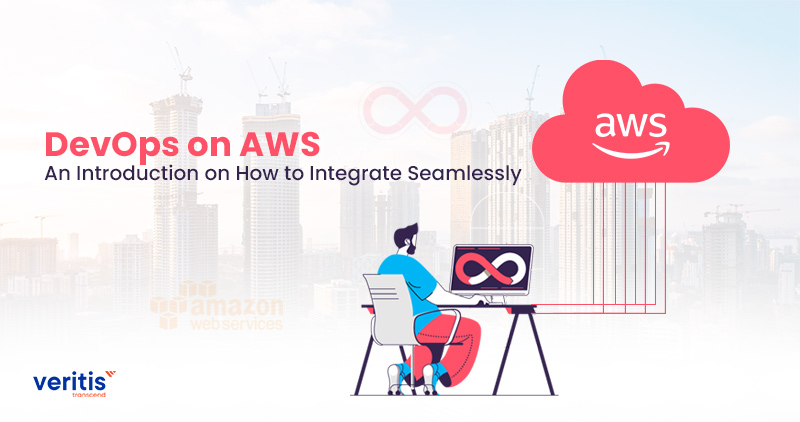 DevOps is one of the most used methodologies in the IT arena now. Propelled by cloud technology’s proliferation, IT companies are making the most of it. However, while DevOps has its own set of challenges, cloud technology providers are not tarrying any moments to ingrain their offerings with the best possible features. While this sounds great, it has brought an unexpected challenge as one would find it challenging to navigate through AWS, the most-used cloud, as Amazon wasted no efforts refining their offering.

As DevOps spawned off DevSecOps, the approach with security at its core, AWS too came out with new tools which would support DevSecOps. However, the above challenge continues to persist, and in this blog, we shall look at how to execute DevOps on AWS better than most.

Amazon Web Services was the first entrant in the cloud space, and it has secured the title of being ‘the most-used cloud’ as it has the largest market share. Microsoft’s Azure is hot on its heels, with its unique tools and benefits. Last, but certainly not the least, is Google Cloud, which like its competition, has its offering but more on that later.

Schedule A Call With Our DevOps Expert

Introduction to DevOps on AWS 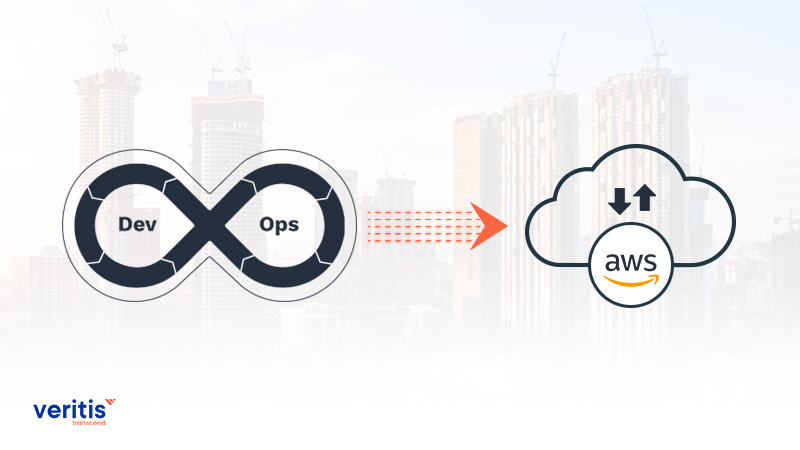 While there is no such specific section for DevOps in AWS, the cloud offering of Amazon has the required tools to propel DevOps productivity. DevOps production mainly deals with the developers rolling off the deliverables as iterative and operations units making that iterative work. This iterative approach has paved the way for continuous integration and continuous delivery (CI/CD). While this approach yields fruitful results, CI/CD will see DevOps storing the source code and version application files on the cloud, and AWS has not pulled any punches when it comes to security.

AWS is one of the most secure clouds, and it is used not only by private corporations but also by governmental departments to store their sensitive data. Additionally, the DevOps team has the flexibility to deploy the application on their on-premises infrastructure or AWS even if the DevOps team preps the deliverables on AWS.

While there are various service categories, AWS, while offering all the major services, can be perceived as Infrastructure as a Service (IaaS). This is because it provides instant scalability and allows the customer to control the resources completely. IaaS also brings along virtual servers and a variety of operating systems.

CI/CD pipeline is crucial for DevOps as a lot of the work happens in this area. However, it is challenging to build the pipeline when sourcing the tools from a handful of numerous vendors. From integration to compatibility, one would be compelled to address various concerns which are more of hassles. Furthermore, even if the CI/CD process is successfully established, there is always the potentiality that an update may make brick the existing infrastructure as numerous third-party vendor components are involved.

These experiences have only driven home that implementing DevOps using AWS is easier as the cloud is a one-stop solution. Aside from the security and virtual infrastructure, the automation tools and automatic compatible updates across the infrastructure are just some of the benefits an AWS customer gets.

So, let’s dive deeper into AWS’s specific tools for a robust CI/CD pipeline.

Before we conclude, let’s have a brief look at the competition.

DevOps on AWS, Azure, and GCP 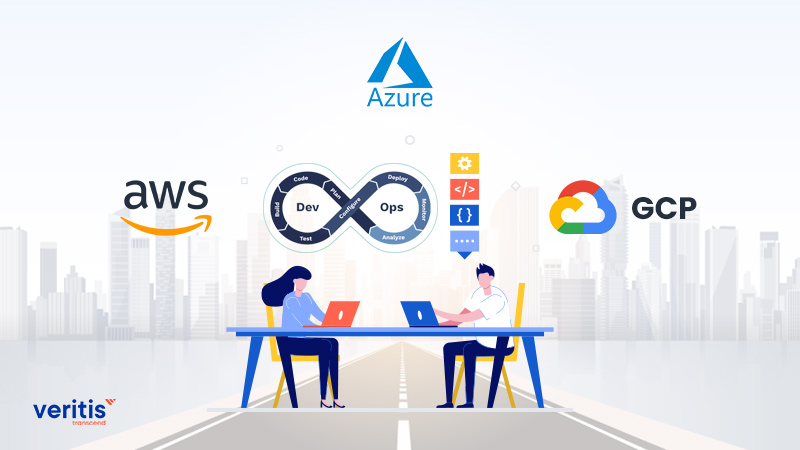 While all three clouds have topnotch solutions, pricing, infrastructure, and cross-platform deployments are important capabilities that play a crucial role in deciding your DevOps platform. While all three of them offer a pay-as-you-go billing model, AWS offers the model on an hourly basis while Azure bills its customers on a minute basis and Google Cloud charges for the seconds the resources were used. While AWS sounds costly, it was found that it was much more cost-effective than Azure.

Gartner concluded that Google Cloud sweetens the deal for its customers by offering various discounts and better flexibility.

Although cross-platform deployment is relatively new, requirements have compelled DevOps to seek multi-cloud compatibility. This is one aspect where AWS lags while Azure and Google Cloud have made considerable progress on this front. Both AWS’s competitors have released specific offerings such as Anthos to enable multi-cloud flexibility.

While DevOps is a great strategy, it is a labyrinth navigating through AWS as it is the oldest technology with a wide range of tools. While some of the DevOps tools were listed above, there are many more such as Elastic Block Store and Relational Database Service, which are apt for DevOps and DevSecOps.

However, knowing which resource to use holds the key to success, and often people wind up paying more, or for resources they don’t even need due to lack of knowledge or ill-advice from clueless MSPs’. It is pertinent that companies collaborate with capable MSPs’ such as Veritis to make the best out of DevOps on AWS. Armed with experts who understand the unique needs of organizations of various scales, Veritis has doled out robust and productive solutions.

So, reach out to us and walk away with an AWS solution that supports your DevOps strategy.