State of DevOps Report 2019: DevOps Not a Trend, The Standard! 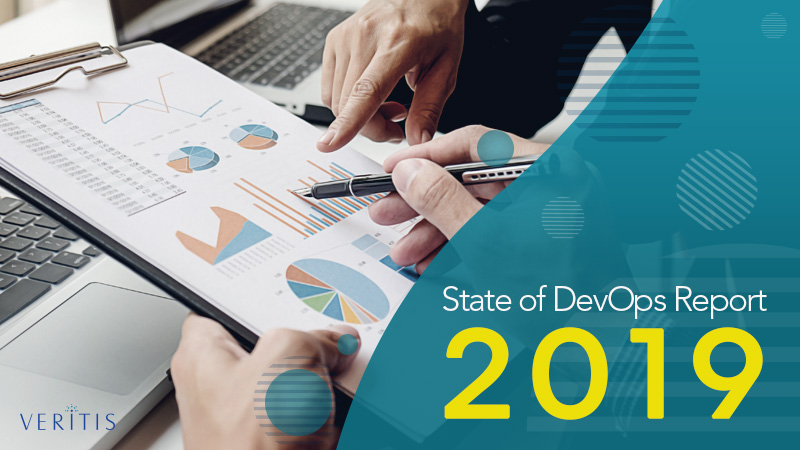 The annual Accelerate State of DevOps Report is back again with some interesting updates on changing IT trends and technology transformations.

Here are some key excerpts from the Accelerate State of DevOps 2019 report:

The Accelerate State of DevOps 2019 report covered a wide range of matters, emphasizing on:

Guidance for organizations seeking support on ways to improve:

The report covered opinions of 1000 IT professionals from different industries.

6 key findings from the report: 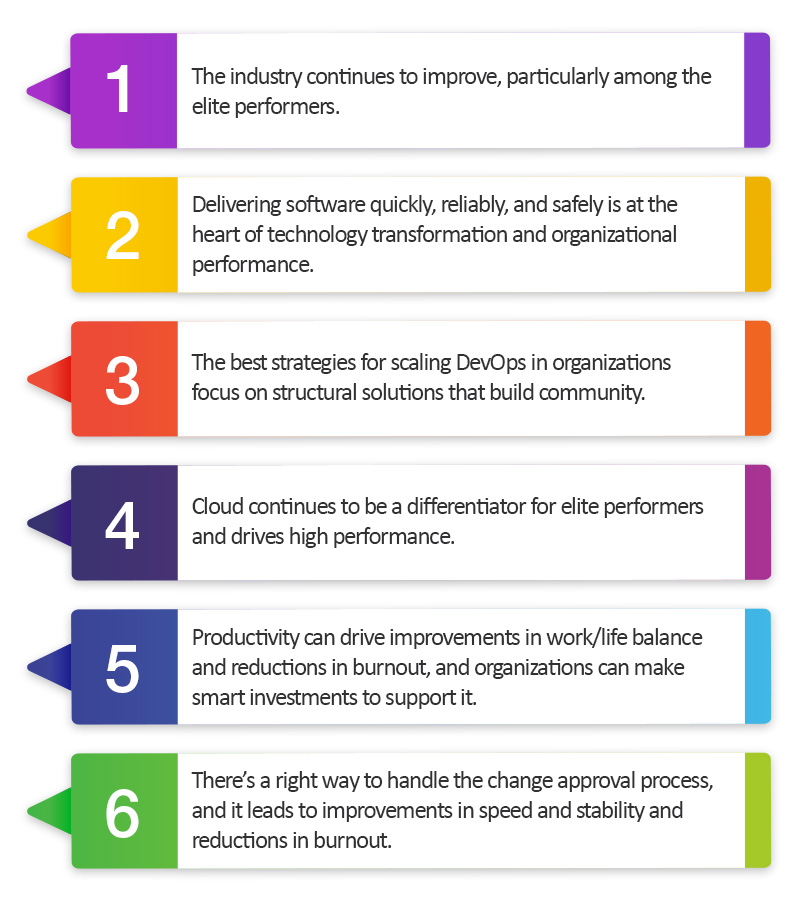 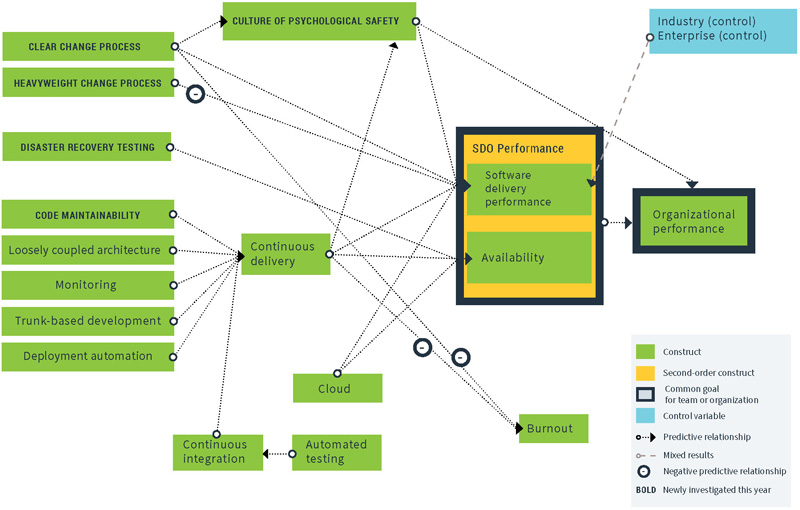 Respondents report increasing usage of multi-cloud or hybrid cloud services compared to the previous year, majorly because of their ability to offer high flexibility, control, availability and performance gains. 80 percent of respondents had their primary applications or services hosted on a cloud platform. 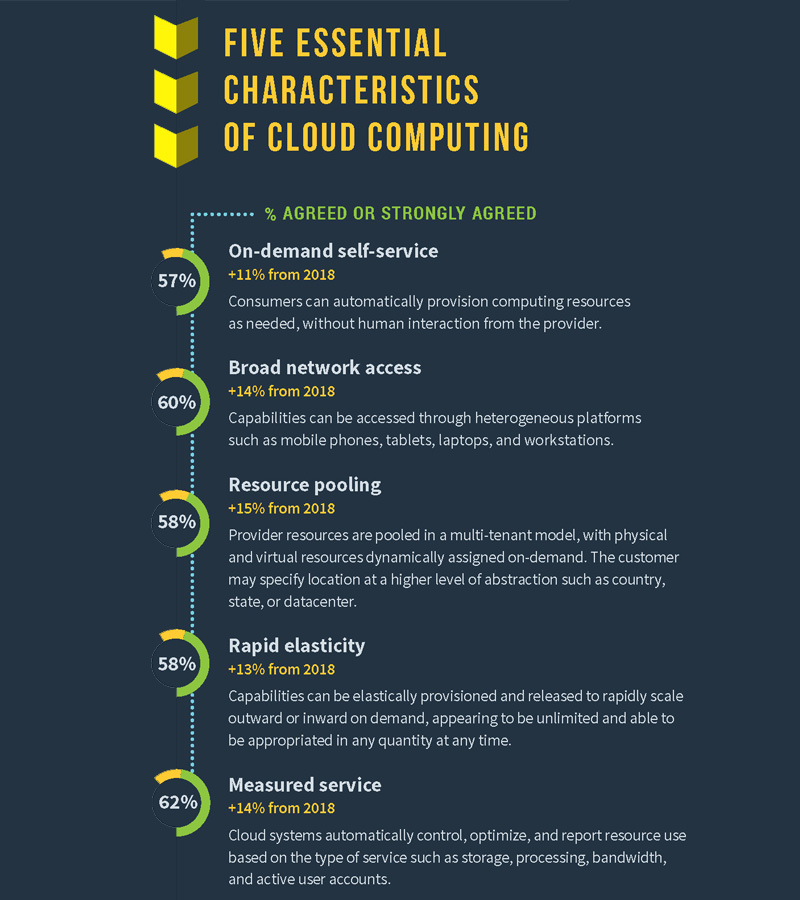 On-demand scaling is one of the primary reasons for increasing cloud adoption.

According to the survey, abstractions in the cloud have changed the way infrastructure is visualized.

Typical Platform-As-Service (PaaS) offerings are also found to be more inclined towards a containerization-driven deployment model that has container images as the packaging method and container runtimes for execution.

Adopting cloud best practices is looked at as a path to gaining better visibility into the costs of running technologies.

The report mentions about five key metrics that provide a holistic view of software delivery and performance.
While the first four metrics measure effectiveness in development and delivery processes, the last one focuses on operational capabilities.

The report further explains that ‘availability measures’ have a significant correlation with the software delivery performance.

These gaps in large enterprises are majorly attributed to factors such as having heavyweight processes and controls, tightly coupled architectures causing delay and associated instability.

Many analysts are report the industry has “crossed the chasm” with regards to DevOps and technology transformation, and our analysis this year confirms these observations.

The report says that the industry velocity is increasing offering additional scope for speed and stability, and the growing cloud technology adoption is witnessing this acceleration.

Elite performers are able to maintain dominance majorly due to deployment frequency compared to low performers.

As per the findings, the elite performers have been consistently deploying on-demand and performing multiple deployments per day.

Whereas low performers were found performing deployments only once per month or twice in a year.

At the normalized rate, the elite organizations made at least 1,460 deployments per year (at the rate of 4 per day x 365 days), while low performers did only 7 per year (at an average of 12 per month and 2 per year).

Whereas, top-performing companies like Amazon, Google and Netflix deploy a thousand times a day. 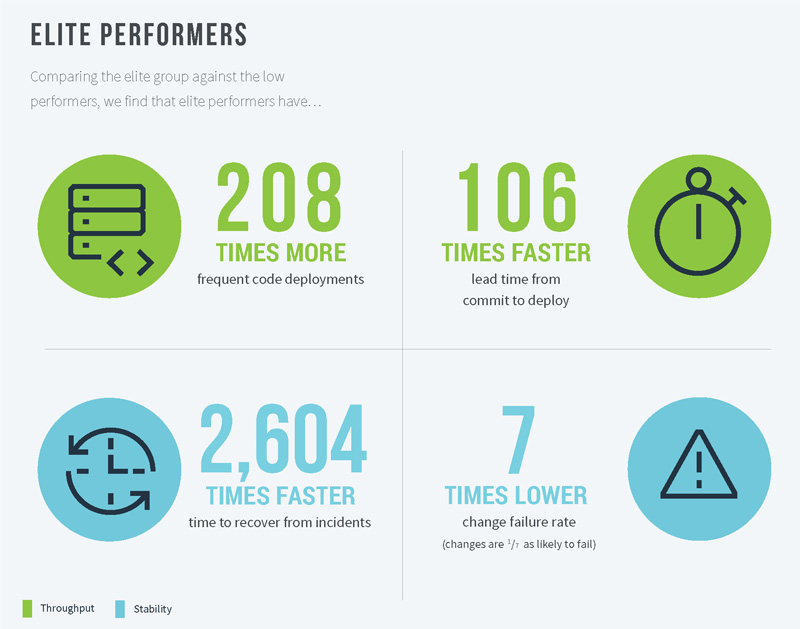 Elite performers report ‘less than a day’ change lead time, the time from code committed to successfully deploying the same into production.

Elite performers performed ‘less than one-hour’ to restore services in case of an unexpected event, while it took one week to one month for low performers.

However, the time to restore service performance stayed the same for both elite and low performers compared to the previous year.

The ‘change failure rate’ in the case of elite performers lies between 0-15%, while it is 46-60% among low performers.

Calculating the meantime between these two ranges, the change failure rate for elite performers was measured as 7.5%, while 53% was for low performers.

The survey says the efforts at both the team and organizational levels should be concurrent enough to reach desired objectives.

While the end goal is to enhance software delivery through technical practices like Continuous Integration (CI) and Continuous Delivery, that can’t happen to give success without a strong motive.

Instead, it should be with a keen eye to organizational goals such as profitability, productivity, and customer satisfaction.

Continuous delivery must be done with an eye to organizational goals such as profitability, productivity, and customer satisfaction.

Moreover, the survey reports that automated testing has a significant positive impact on the CI process.

In previous years, we simply tested the importance of automated testing and CI but didn’t look at the relationship between the two. This year, we found that automated testing drives improvements in CI. It means that smart investments in building up automated test suites will help make CI better.

The report also mentioned the loosely coupled architecture and its positive impact on CD, adding that this would however require orchestration at a higher level.

When surveyed about performing ‘Disaster Recovery Tests’ on production infrastructure, 40% of respondents said they are doing so on:

Organizations who did so as a regular practice enjoyed higher levels of service availability. 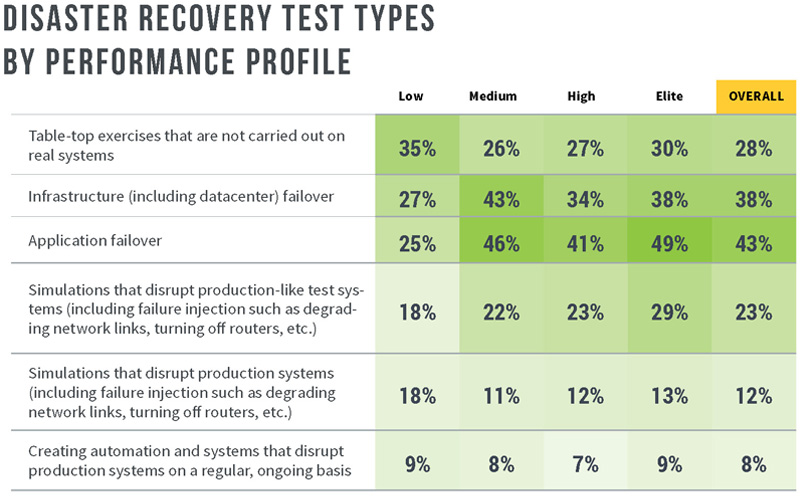 Moreover, these exercises among organizations working cross-functionally and cross-organizationally have reportedly strengthened the processes and communication surrounding the systems being tested, making them more efficient and effective.

Culture is often considered as the key to achieving success in DevOps and Digital transformation initiatives.

The report states that “culture that optimizes for information flow, trust, innovation and risk-sharing is predictive of SDO performance”.

Internal research at Google found that the culture of trust and psychological safety, meaningful work and clarity is the need of the hour for high-performing teams.

Our analysis found that this culture of psychological safety is predictive of software delivery performance, organizational performance, and productivity, concludes the report. 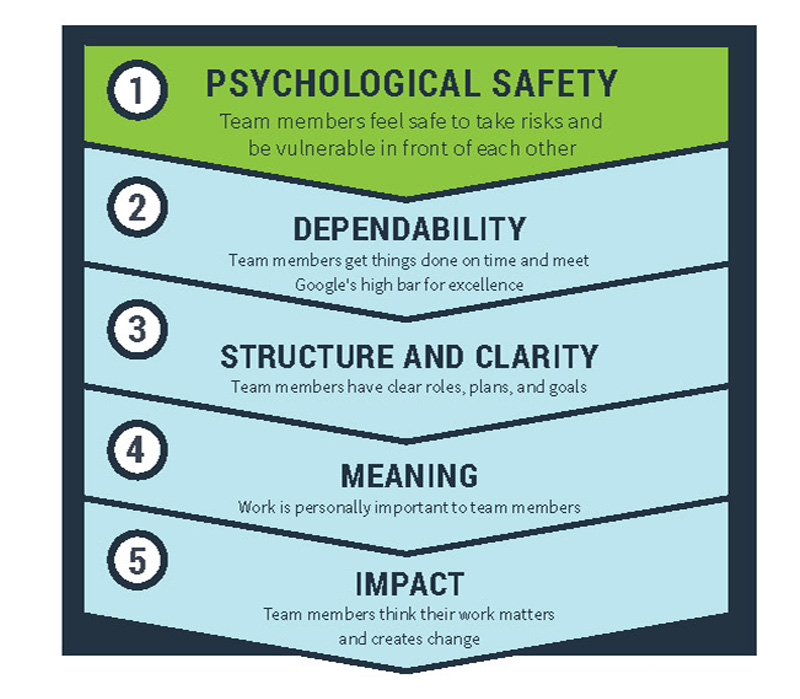 Overall, the end goal is to improving productivity.

This is to be achieved by locating the goal first and then identify the capabilities that make a move.

Improved productivity has a positive impact on:

Overall, the report defines Productivity as:

Ability to get complex, time-consuming tasks completed with minimal distractions and interruptions.

After having verified key capabilities and strategies that enhance software delivery for six consecutive years, the State of DevOps Report 2019 concludes that the continued evidence shows ‘DevOps has delivered significant value’.

DevOps is not a trend and will eventually be the standard way of software development and operations, offering everyone a better quality of life, it concluded.