Blog
Home > Resources > Blog > Kubernetes Vs. Docker: Which is Better?

Kubernetes Vs. Docker: Which is Better? 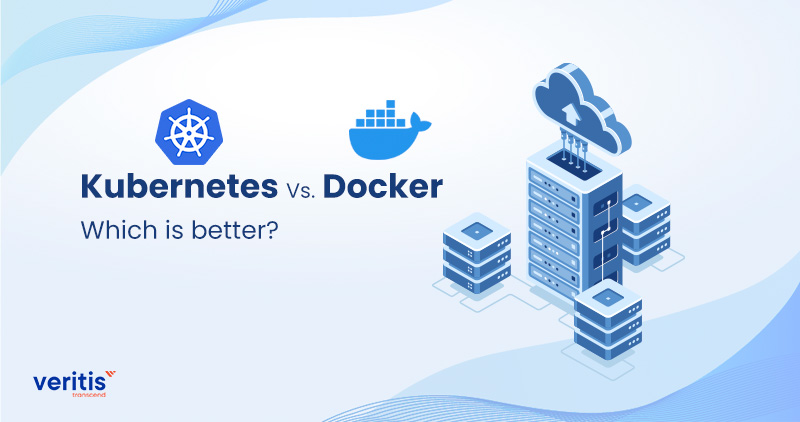 Containerization is one of the biggest things that is pushing the way forward. DevOps and project management favor the usage of containers for their multiple benefits, whether innovation or production. Be it their easy usage or reduction of unwanted maintenance hassles; containers have become a core element in our daily programs. While there are different types of containers, there are majorly two favored types of containers that are avidly used by all: Kubernetes and Docker.

Both of them are different technologies, as there are plenty of dissimilarities that come abounding when they are compared. Yet, these two names would crop up whenever containers are mentioned. This is primarily due to how reliant they are and how widespread their usage is. Despite their fair share of differences, the two technologies are often symbiotic when combined.

However, the question of which is better cemented after Kubernetes announced in 2021 that the open-source project would no longer support the Docker runtime option. Although Kubernetes didn’t shed its compatibility with Docker, the question continues to exist.

Useful link: 7 Key Containerization Benefits for Your IT Business

Which is better: Kubernetes or Docker? In this blog, we shall explore that question after understanding each of these technologies.

What is a Container? 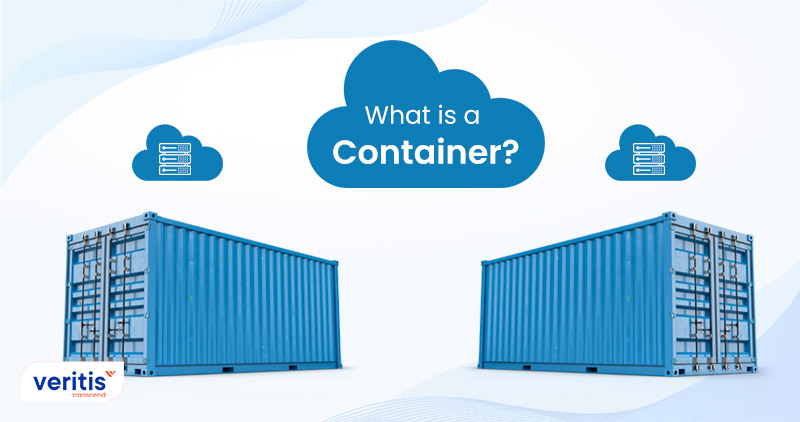 An executable software unit is a container that bundles application code with its dependencies and makes it possible for it to execute in any IT environment. A container is independent and isolated from the host environment, which is often Linux. This isolation makes it easy to use or ‘portable’ across various IT platforms.

Comparing a container to a virtual machine (VM) might help you comprehend the notion of a container. Both are based on virtualization technologies. However, a VM uses hypervisor software to virtualize real hardware, whereas a container virtualizes an entire operating system.

With conventional virtualization, each virtual machine (VM) includes a complete copy of the guest operating system (OS), a virtual replica of the OS’s required hardware, and an application (and its associated libraries and dependencies). In contrast, a container contains the program and its libraries and dependencies. As a result, a container’s size is drastically reduced when a guest host isn’t there, making it small, quick, and portable. A container also automatically utilizes the host’s settings.

With the aid of containers, engineers can quickly create apps that function reliably across various distributed systems and cross-platform setups. In addition, many disagreements between functional teams that arise from using different tools and software are eliminated by the mobility of containers.

Because of this, they are especially well-suited for DevOps workflows, facilitating cross-environment collaboration between IT operations and development teams. In addition, containers are perfect for microservice architectures, in which applications are composed of loosely connected, more minor services since they are compact and portable. 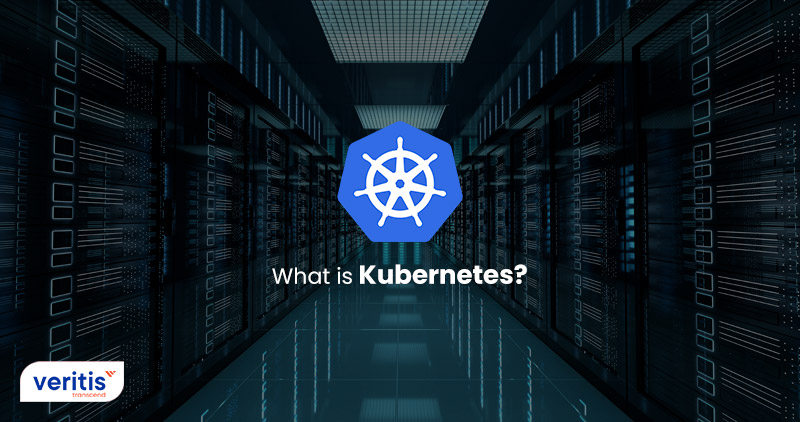 Users may easily install and manage software modules known as containers with Kubernetes, also known as Kubes or K8s. K8s, an open-source platform, has always been at the forefront of innovation. As a result, businesses utilize K8s more frequently to quicken software development and enhance scalability, resource efficiency, and time-to-market.

K8s steers carefully through unfamiliar waters by optimizing software containers to meet unanticipated factors, embodying the spirit of its ship’s wheel-inspired emblem. Kubes handles all aspects of managing the lifespan of several software containers, including deployment and scalability.

Google released the Kubernetes project as open source in 2014. As a result, over 15 years of Google’s expertise managing production workloads at scale are combined with the best-of-breed concepts and methods from the community in Kubernetes.

You have a framework to execute distributed systems robustly, thanks to Kubernetes. It handles application scaling and failover, offers deployment patterns, and does more. The ability to automatically mount a storage system of your choosing, including local storage, cloud infrastructure, and more, is one of the advantages of Kubernetes technology.

Additionally, it offloads containers that don’t meet your user-defined health check parameters, restarts failing containers, and replacements containers. It also delays advertising failed containers to clients until they are prepared to serve. The technology’s ability to instantly mount a storage system of your choosing, such as local storage, public cloud providers, and more, is one of its additional advantages.

A standard, all-encompassing PaaS (Platform as a Service) technology is not what Kubernetes is. However, Kubernetes offers some generally valuable features common to PaaS offerings because it operates at the container level rather than the hardware level. These features include deployment, scaling, load balancing, and the ability for users to integrate their tracking and alert notifications.

Although these default solutions are optional and pluggable, Kubernetes is not a monolith. The building blocks for developing developer platforms are provided by Kubernetes, which also protects user flexibility and choice in critical situations. Kubernetes is more than just an orchestration tool. It does away with the requirement for orchestration. Furthermore, centralized control is not necessary. As a result, the Kubernetes system becomes more reliable and robust.

Useful link: How to Optimize Kubernetes Autoscaler to Better Business 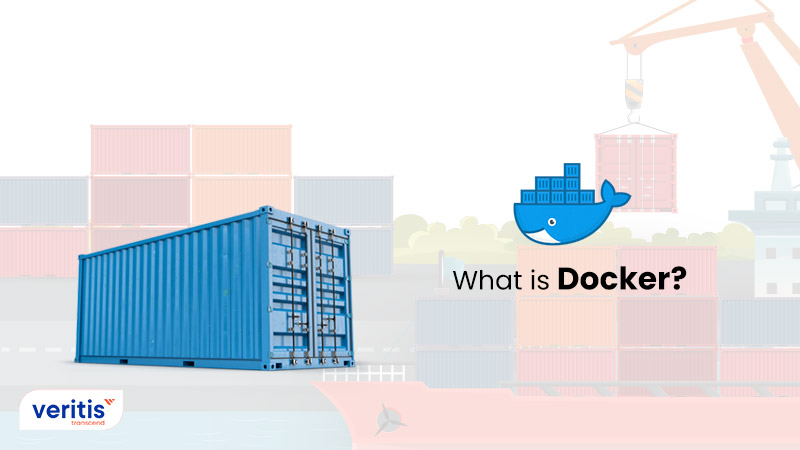 Developers may create, deploy, and execute containers with the aid of Docker, a commercial containerization platform and runtime. It has a client-server architecture with an API for automation and basic instructions.

By authoring a Dockerfile and executing the necessary commands to generate the image using the Docker server, users may bundle programs into immutable container images utilizing the tools that Docker offers. Of course, even without Docker, developers can construct containers, but the Docker platform makes it simple to do so. Any platform that supports containers, such as Kubernetes, Docker Swarm, Mesos, or HashiCorp Nomad, may then be used to deploy and operate these container images.

Docker offers a remote registry for sharing containers with an API for managing containers in image format. This technique has benefits for both system administrators and developers. Also, Docker files are often relatively tiny; they encourage quick delivery and speed up the deployment of new application containers. However, there are some inadequacies with Docker. Let’s observe some of them.

Resources are used more effectively by containers than by virtual servers. However, because of overlay networking, the interaction between containers and the host system, and other factors, containers are targeted at performance overhead. Therefore, apply bare metal rather than containers if you want complete bare-metal performance. Docker was developed to deploy server programs without a graphical user interface (GUI).

While there are a few inventive methods one may use to execute a GUI application inside a container, these solutions are, at best, adequate. Commonly, applications designed to function as a collection of intelligent microservices manage to maximize the benefits of containers.

On the other hand, Docker’s one genuine advantage is its ability to understand app delivery by providing a simple packaging method. By design, when a container shuts down, all of the data inside of it disappears forever unless you store it somewhere else beforehand. There are methods for tenaciously storing data in Docker, such as Docker Data Capacities. However, it’s debatable if this test has yet to be handled smoothly.

As mentioned before, Kubernetes has ceased to support Docker’s runtime activity. Let’s understand why. Docker is a container, not a runtime for containers. This implies that to give users access to features and tools through a user interface, Docker sits on top of a container runtime. The Docker Shim runtime, which effectively served as a bridge between the two technologies and aided in communication, had to be supported and implemented by Kubernetes to support Docker as a runtime.

Kubernetes may still run and manage containers created with the Open Container Initiative (OCI); Docker’s image format enables you to utilize Dockerfiles and construct Docker images, even if Kubernetes no longer offers particular support for Docker as a runtime.

Understanding the Kubernetes and Docker dynamic 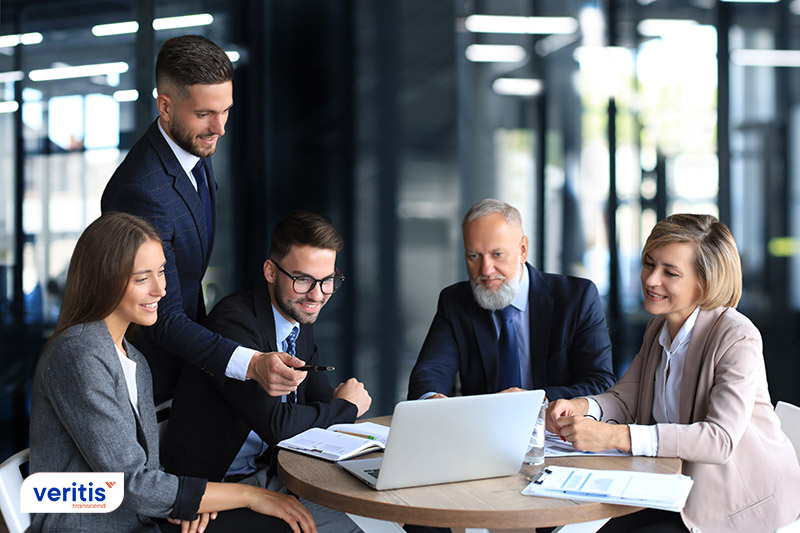 With the help of Docker, developers can quickly bundle apps into discrete, independent containers using the command line. Developers no longer have to worry about compatibility concerns while using those apps throughout their IT system. An application will function everywhere if it is tested on a single node.

Additionally, for simplicity of usage, it incorporates a GUI. Therefore, it can make sense to deploy Kubernetes right now for businesses that want to scale their infrastructure in the future. Additionally, Kubernetes uses pre-existing workloads and containers for Docker users while tackling the challenges associated with scaling up.

As one can observe that Docker and Kubernetes are not at loggerheads but instead complimentary of each other. With their inclination to further not only their goals but each other’s, companies across the globe are using both of them together rather than placing them poles apart.

This combined usage will benefit you and help you to achieve your goals. However, using them together needs expertise, which is something that Stevie Award winner Veritis has. Reach out to us with your requirements, and our expert team will customize a solution combining Kubernetes and Docker in a user-friendly way.

What is Kubernetes Vs Docker?

While both of them are different, the discussion regarding Kubernetes and Docker exists as they are both containerization technologies .

However, pitting them against each other won’t be the same as comparing apples to oranges as they are not poles apart.

What is Kubernetes used for?

K8s, an open-source tool, handles all aspects of managing the lifespan of several software containers, including deployment and scalability. Google released the Kubernetes project as open source in 2014.

Does Kubernetes use Docker?

Kubernetes announced in 2021 that the open-source project would no longer support the Docker runtime option. However, Kubernetes didn’t shed its compatibility with Docker.

What is the use of Docker and Kubernetes?

Both are containers used for innovating and producing better solutions. Due to their easy-to-use nature, DevOps project members favour the usage of Docker and Kubernetes.

Is Kubernetes an alternative to Docker?

No, Kubernetes is a container orchestration platform and Docker is a container. Both of them are complementary to each other but not an alternative to one another.

Kubernetes has ceased to support Docker’s runtime activity. Docker is a container, not a runtime for containers. This implies that to give users access to features and tools through a user interface, Docker sits on top of a container runtime.

The Docker Shim runtime, which effectively served as a bridge between the two technologies and aided in communication, had to be supported and implemented by Kubernetes to support Docker as a runtime.