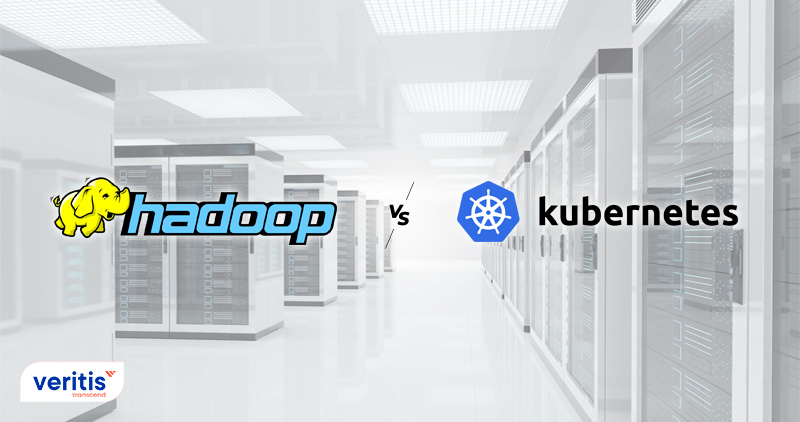 Kubernetes’s popularity is something we are aware of. In the age of containerization, DevOps teams worldwide rely on containers such as Kubernetes or K8s. There are various reasons for its high adoption rate. Be it due to its open-source origins or malleable compatibility; developers favor it over various other options.

Its extreme usage has allowed Gartner to predict that “by 2022, more than 75% of global organizations will be running containerized applications in production, up from less than 30% today.”

While this is a heartening observation, the question often cropping up is whether Kubernetes encroaches on the Hadoop market. The open-source tool, Hadoop, has a base of its own, primarily due to its data processing abilities. However, Hadoop isn’t just a data processing tool and a storage utility that Kubernetes is now overshadowing.

While Hadoop is not dead in the water, many users are now shifting to other tools to get the job done. While one of them is Apache’s Spark, among many others, Kubernetes is another tool that DevOps project members rely upon. At the outset, you may wonder how Kubernetes is invading Hadoop’s domain as the former is a container, and the latter is a data processing tool.

At first glance, both don’t have a direct relation apart from being open-source tools. However, Kubernetes is poaching the user base of Hadoop, and in this blog, we shall understand what Hadoop is, what Kubernetes is, and how users are leveraging Kubernetes over Hadoop. 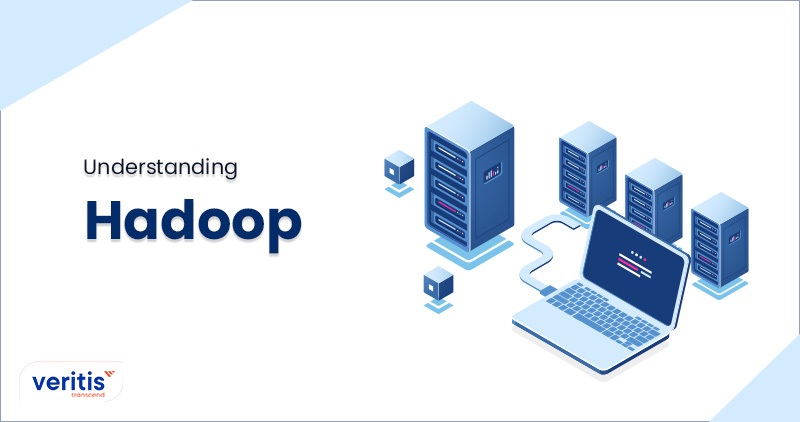 Developed by the Apache foundation, Hadoop is an open-source tool its users employ to crunch and manage vast volumes of data sets that may span various infrastructure clusters. The data processing and storage are made possible by easy-to-use programming models. The tool has made a name for itself as it is capable enough to process mountain loads of data that can even go up to petabytes.

Apache’s unique approach enables these cutting-edge data processing abilities, where the Hadoop processes the data on multiple servers instead of running the entire data operation on one server. These parallel data processing operations allow Hadoop to crunch the data faster than the standard tools which are on the market.

The distributed computational capabilities give Hadoop to execute the data operations over numerous servers, and each one comes along with processing power and computational storage. This decentralized operational approach makes it easy for the users, and Hadoop brings additional benefits, such as failure management at the application layer level.

This feature allows the open-source tool to detect and mitigate the failures in the data operations it is assigned to take care and thereby, the users are provided high-quality services.

Under the hood, Hadoop is propped up by four modules which are: 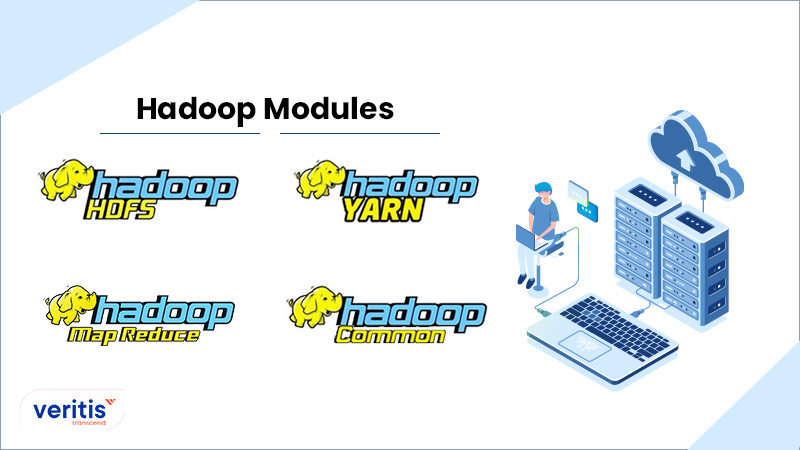 As you may have caught the scent, the blog is about to indulge you in the benefits of Hadoop. 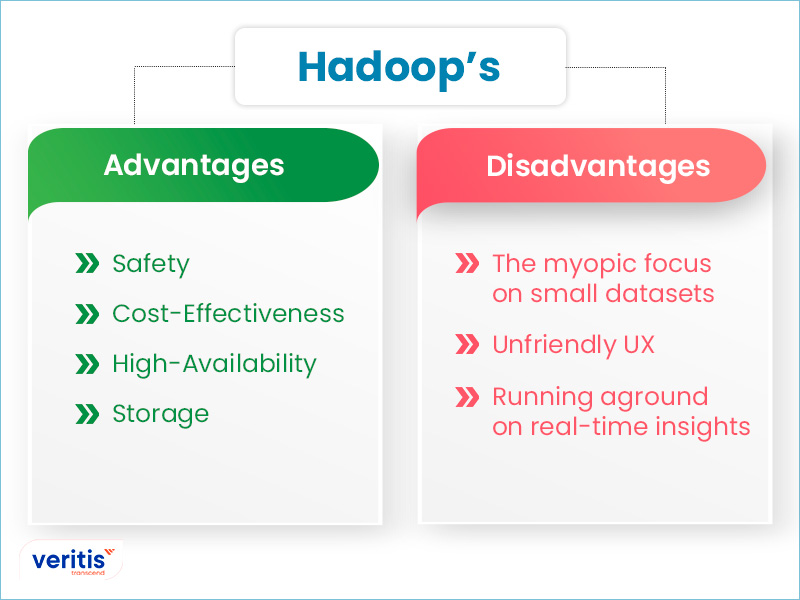 Hadoop’s distinctive trait is its data processing capabilities. But, there are more advantages; let’s dig in.

But, as is with everything, there are certain disadvantages to Hadoop. Let’s look at them.

All of the characteristics above helped Apache Hadoop clusters become more popular. But as technology has developed, other choices have appeared that compete with Hadoop and sometimes even outperform it.

So, without further ado, let’s understand the drawbacks of Hadoop, which later leads to the crux of the blog.

How are K8s poaching the Hadoop Userbase? 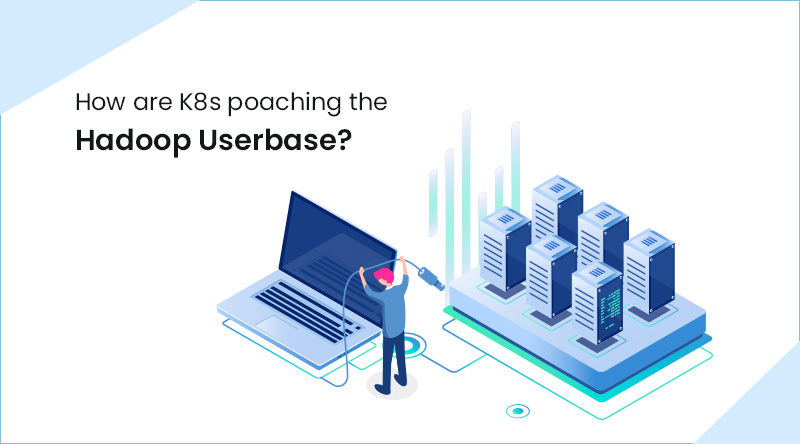 Hadoop currently restricts users from using its tools and technologies, such as HDFS and YARN with Java-based tools, even with newer and faster data processing engines.

But what if you need to combine several platforms and technologies to obtain the best results for your unique data storage and analytics requirements? The answer is to manage your cluster with Kubernetes as the orchestration engine.

Various benefits come along with Kubernetes. Without digressing, Kubernetes’s ease of use and its various other advantages is various enticing users to jump the ship. While cost-effectiveness is one of the advantages of Hadoop, it oddly restricts its users from moving to affordable data warehouses such as Amazon Redshift or Google BigQuery.

K8s also allows users to execute Big Data tools such as Apache Spark (another contender of Hadoop) and any tool gelling well with Kubernetes clusters. This freedom doesn’t restrict you to Java-based tools.

The mobility of Kubernetes is another strength. Kubernetes is simple to set up so that it may operate in various cloud settings and spread across several locations. Users of containerized apps may quickly switch between development and production systems, enabling data analytics to take place wherever they choose without requiring significant changes.

With the capability for serverless computing, Kubernetes has further reduced the need to manage infrastructure independently. In the serverless model, which is in its infancy, the cloud platform grows and controls the hardware resources based on the application’s demands.

Serverless applications may be executed on several container-native, open-source, and function-as-a-service computing platforms without requiring tools like Hadoop.
Download PDF

It is quite apparent that K8s are overshadowing Hadoop. However, Hadoop still packs a punch, especially while handling large datasets better than others. If Hadoop had become irrelevant, it wouldn’t even be discussed in this blog. But, Hadoop’s user base will actively consider other options to get the job done at some point. And one of these options is Kubernetes.

The developer community widely uses these open-source tools but mitigating both requires an experienced helmsman. Veritis, the Stevie Award winner, has enough experience in Big Data and Kubernetes to churn out a solution based on your requirements. So, approach us with your unique needs, and we shall fire on all cylinders to bring a customized solution.