US Public Cloud Services Market: USD 2.5 ROI on Every Dollar! 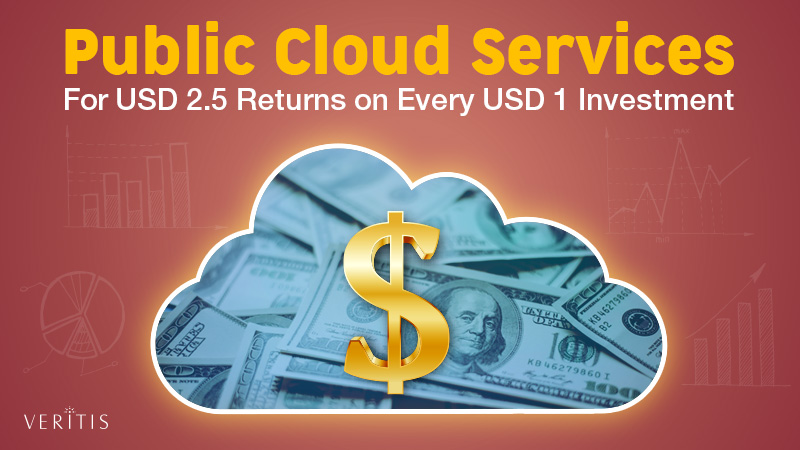 It’s no doubt that the cloud computing technology has a long-lasting impact and is revolutionizing every industry, government and country, globally.

Continuing with a three-fold growth in the US market since the early 2000s, the cloud computing industry has contributed USD 214 billion in revenue to US GDP in 2017.

The Internet Association, in its report, said:

“The benefits of cloud technology to firms are clear (or at least minimally contested) despite the technology being a relatively new area of study. However, there is little documentation on the larger macroeconomic effects of cloud technology,” the Association said in its publication titled ‘Economic contributions of the cloud to the United States economy’.

According to the report, the cloud technology contributed around USD 165 billion in revenues to the US economy in 2012, creating more than 1.7 million jobs including both part-time and full-time.

Reports by few other companies made some key revelations about cloud performance in the US market.

A large sample of firms tracked for 2006-14 period shows a high prevalence of cloud adoption among young firms, with majority of them showing more productivity than old companies with traditional infrastructure.

Besides, the US Government has also thought about shifting of ICT systems to cloud for significant cost-savings.

One of the leading IT firms found average returns of USD 2.5 for every USD 1 investment in public cloud services.

Even Europe has seen cumulative economic benefits of the cloud in five of its economies: France, Germany, Italy, Spain and the UK during 2010-2015 period.

As per the Association, the cloud technology contributed a combined EUR 763 billion in value to GDPs of these five economies, contributing to around 2.4 million jobs during the said period.

As per the industry projections, the cloud technology adoption across the region is expected to add additional EUR 499 billion to EU’s GDP over the next five years with related rise in employment and business creation.

The report was compiled based on the approach of North American Industrial Classification System (NAICS).