7 Most-Productive Google Cloud Tools One Must Have! 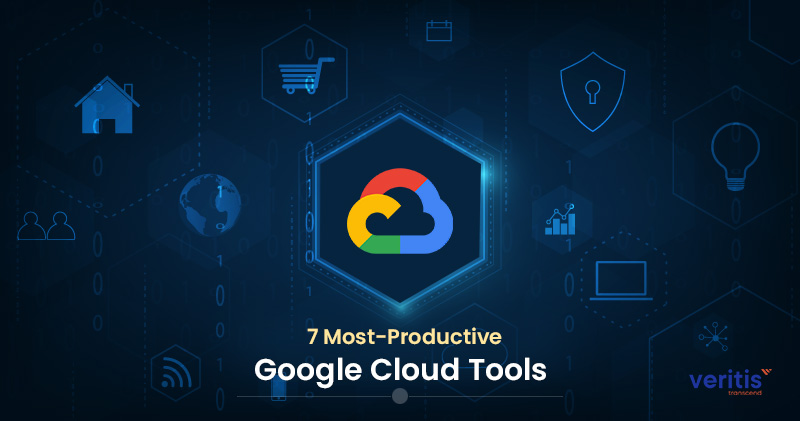 Time is of the essence. Be it now or in the future, developers all around the world are perennially hard-pressed for time. This is one of reasons as to why Google Cloud gained enough traction, despite its relatively late entry into the market. Google went the extra mile and focused immensely on integrating their cloud technology with productivity tools.

But, as is with every cloud, Google Cloud is immensely vast and it can be tough to identify the best tools among a wide range of tools Google offers. In this blog, we shall look at the tools that every Google enthusiast and expert should have. 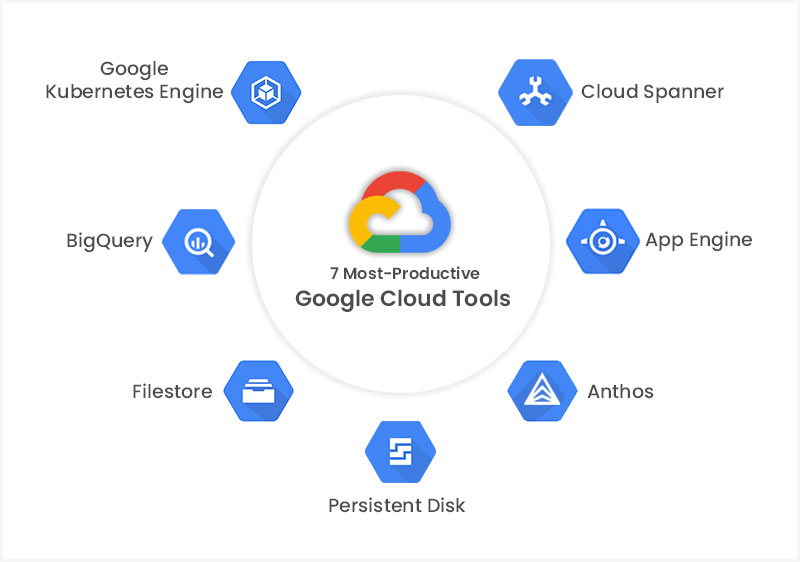 Kubernetes is one of the most popular tools amongst developers. Developed by Google, Kubernetes or K8s is an open-source containerization platform which propels productivity. Given its roots, it is no surprise that Google developed GKE, a dedicated tool, that oversees the deployment and maintenance of containers.

The GKE opens the doors to swift development and deployment of Kubernetes-based applications. Despite the speed, the security is not hampered upon in anyway. What’s more is that GKE comes packing with Autopilot mode which has a capacity to fully manage an entire cluster, all by itself. In short, users can fully manage their containers applications using GKE.

This management of K8s from GKE is possible as the tool houses app monitoring performance, in-built command libraries for app execution and seamless scalability. Due to its centralized focus on K8s, this one of the most sought-after tools one should have when they are dealing with Kubernetes.

BigQuery is the pitstop for data. It not only stores data but also analyzes it. Users of BigQuery will be able to visualize their data production and can gain vital statistics as the package boasts of Machine Learning (ML) and Business Intel (BI). These two features dole out insights once the data is uploaded by the users at their own ease. The data can be uploaded through different channels. The upload routes range from Google Assistant to automated machines.

What sets BigQuery apart from its peers is that one can analyze the data stored elsewhere. Despite the multitude of features BigQuery comes packing with, it is easy to navigate through it as Google made its UI intuitively easy to operate. One can access the tool from Google Cloud Console and can further interact with it using command-line or API client libraries.

Novices can hone their skills by drawing knowledge from Google Cloud programs such as Google Cloud Skills Boost. However, as time is a luxury, companies hire the services of Veritis as we have doled out solutions which are high on efficiency and cost-effectiveness.

While there are many other similar tools, Filestore is a powerhouse which doesn’t buckle under pressure. It can support 920k input/output operations per second (IOPS). This breakneck speed is what facilitates the low latency operations which range from data analytics and genomics data processing, among others.

Google left no stone unturned as they addressed storage issues with Filestore itself. The tool can store 100TB data and transfer the same at the lightning speed of 25 GB/s.

Google has named this tool quite aptly as Persistent Disks are all about reliability. As you might have guessed already, this tool is a storage tool which is tailored for virtual machines demanding swift data access. The tool also offers automatic encryption for block storages which range from HDDs and SSDs.

While reliable solutions are rigid, Persistent Disk is quite flexible as it encompasses various operation models from real-time upscaling of the disk size to toggling of disks from SSD to HDD. The latter is done whenever an app needs higher IOPS speed.

The tool can be run on Compute Engine and on GKE and it can also be delinked to keep the data safe once the operations are complete on the virtual machines.

In the age of multi-cloud operations, Google has come out with Anthos, a tool which allows you to execute operations across multiple clouds, regardless of the geographical location. It is the first cloud tool to support multi-cloud and hybrid app deployment. Using this tool alone, one can manage the GKE clusters and handle the workloads on virtual machines. If this is not enough, one can maintain the AWS operations from Anthos itself.

What lends Anthos its aura is that one doesn’t need to establish hypervisor or virtual machine monitor VMM software to run the tool on their infrastructure. With Anthos, you can create, automate, and enforce security measures all over the infrastructures. In a nutshell, Anthos brings together multiple servers and infrastructures.

Today’s world wants everything to be done with a few clicks. App Engine imbibed the same spirit as developers can build web applications on any of the supported languages and deploy it using gcloud auth application. App Engine will take care of the upload and execution of the code on Google Code. The tool will scale the application based on the application usage.

As the tool autoscales the apps, the App Engine subscribers would shed the unwanted weight such as hosting infrastructure and other resources. The App Engine doles out SSL certificates for data transfer for web or mobile apps at no additional cost.

One can use this tool from Google Cloud Console or the gcloud command-line interface. 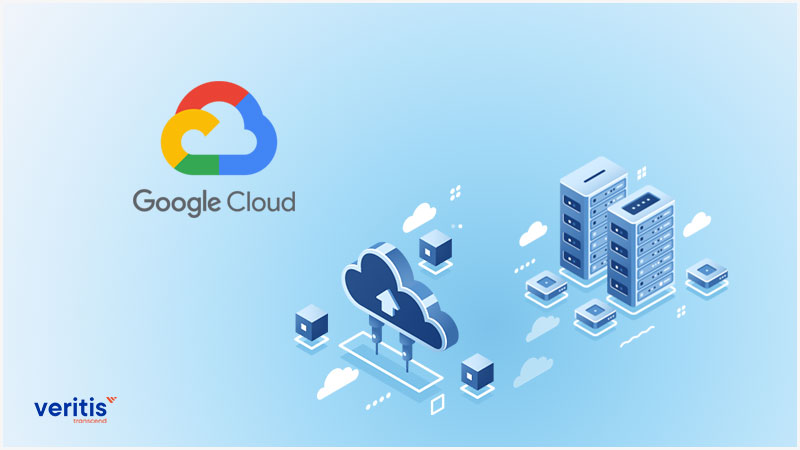 Google Cloud is one of the most flexible cloud technologies there is. Though AWS and Azure are leading the pack, Google Cloud is not far behind. If anything, with GKE and other features such as Anthos, Google Cloud has created its niche.

However, there are many productive tools on Google and though we listed out some of the productive tools here, it is understandable if not many are relevant to your business. This is reason why we, Veritis, take our time to tailor unique solutions for our customers. Be it AWS, Azure or Google Cloud, we have an expert team to tend to your needs.

Reach out to us and walk away with a cloud solution which suits your needs.