Blog
Home > Resources > Blog > AWS Vs Azure Vs GCP – The Cloud Platform of Your Choice?

AWS Vs Azure Vs GCP – The Cloud Platform of Your Choice? 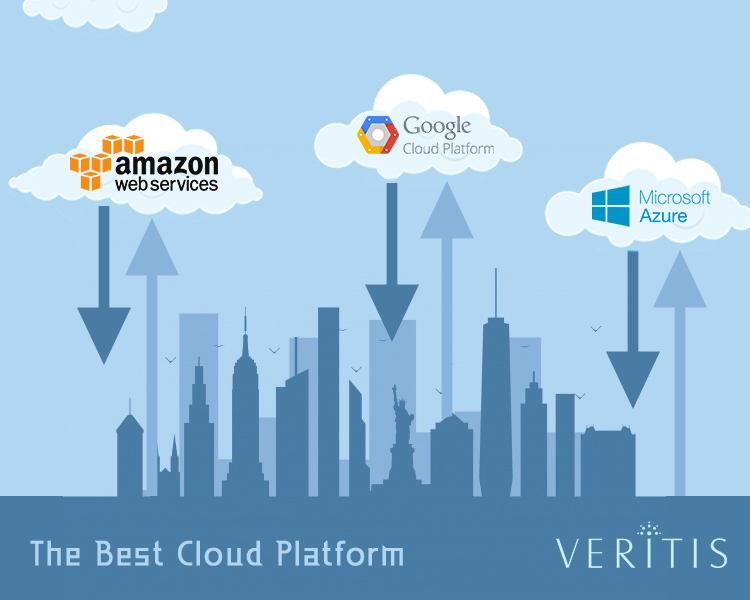 Some of the features common among the three platforms include instant provisioning, self-service, autoscaling, identity management, security and compliance, among others.

At Presently, AWS can be considered to be much bigger than both Azure and GCP in terms of functionality and maturity.

However, the other two are also progressing at a faster rate to prove their market dominance.

Let’s take a glance at comparison of these three leading cloud providers:

A pioneer of cloud computing, Amazon has been the first entrant into the cloud services market over a decade ago and leads in terms of both the number of products and customers, with AWS considered to be the benchmark of cloud service quality. 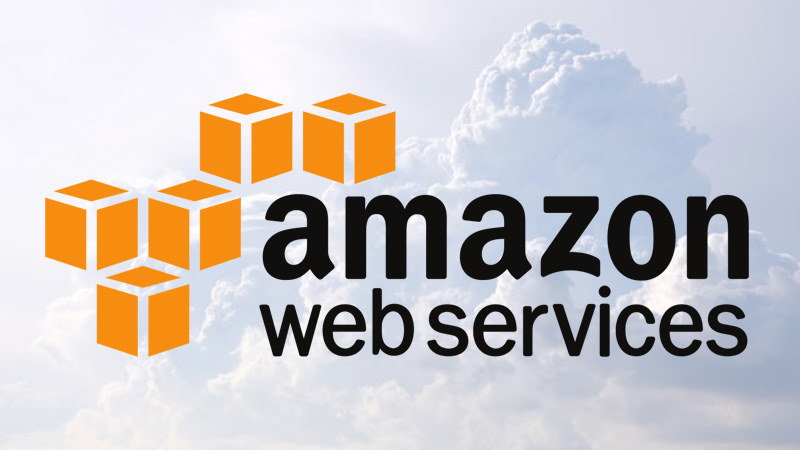 AWS offers a range of Infrastructure as a Service (IaaS) offerings that can be classified into compute, database, content delivery and storage, and networking.

AWS enables a smooth and flexible data collection flow using serverless services such as Amazon Kinesis Streams, Amazon SQS Queues and AWS Lambda Functions. It provides organizations with the option to choose the web application platform, operating system, database and programming languages, among others as per their requirement.

Cloud infrastructure resource usage can be monitored using AWS management tools such as AWS CloudTrail and Amazon CloudWatch for tracking user activity and AWS Config for managing the resource inventory and changes.

AWS contributes to significant enhancement in productivity and business growth of organizations. A few drawbacks of AWS include the complex infrastructure and default service limits which are set in accordance with average user needs.

Amazon data centers are the largest among the three cloud providers and are located in 9 regions across the world, including 3 in the US. 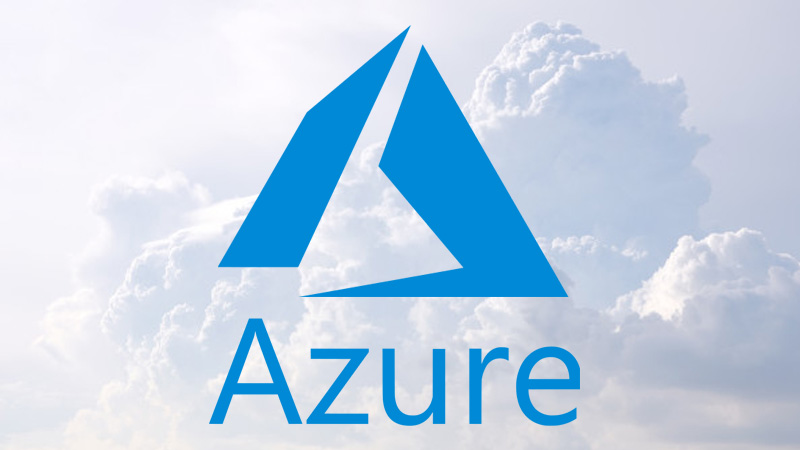 Azure also has extensive networking capabilities including support for multiple site-to-site connections to virtual networks, along with the ability to connect virtual networks across different regions to each other.

With an intuitive interface, lower costs, preemptible instances and flexible compute options, GCP is an attractive alternative to both AWS and Azure. Google uses full-scale encryption of all data and communication channels including the traffic between data centers. 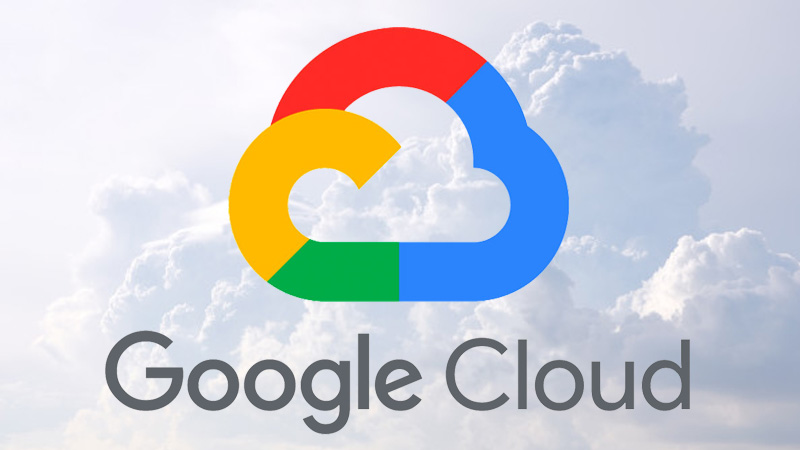 Some of the areas where Google Cloud strongly competes with AWS include instance and payment configurability, privacy and traffic security, cost-efficiency, remove and and Machine Learning.

While all the three cloud providers offer discounts up to 75 percent for a commitment of one to three years, Google additionally offers a sustained use discount of up to 30 percent on each instance type running for more than 25 percent each month.

AWS’ 1-year-free trial has matched by GCP’s credit of USD 300 for 12 months along with a free tier that isn’t time-limited. GCP’s credits model is more suited for organizations newly venturing into cloud services.

The differences between the three major cloud services can be seen by evaluating them using different parameters such as compute, storage, databases, locations and documentation. 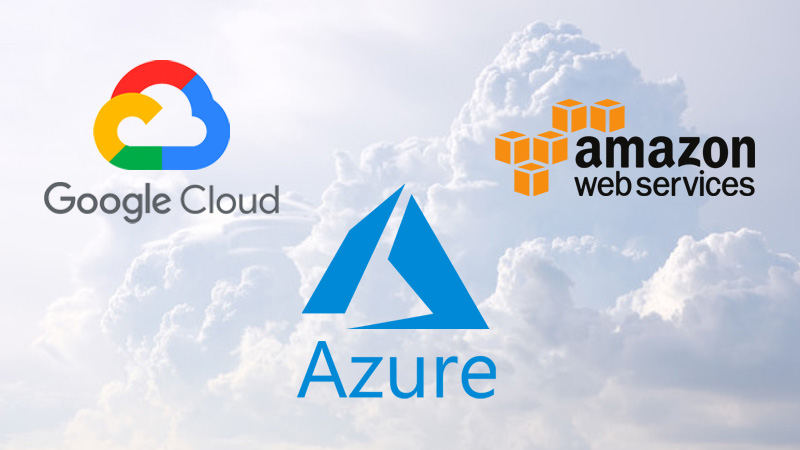 AWS is the clear market leader among all the major public cloud providers in terms of enterprise adoption across various industries, irrespective of the size of companies.

The RightScale 2018 survey covering around 1000 respondents shows that the percentage of organizations running applications on AWS stands at 68%.

And, GCP is in third place with global market share of 10 percent.

Even though Azure and GCP are behind AWS in terms of market share, they have experienced unprecedented growth in the recent past. In terms of growth rate, GCP and Azure are proliferating at a notable pace.

Growth Rate at a Glance: 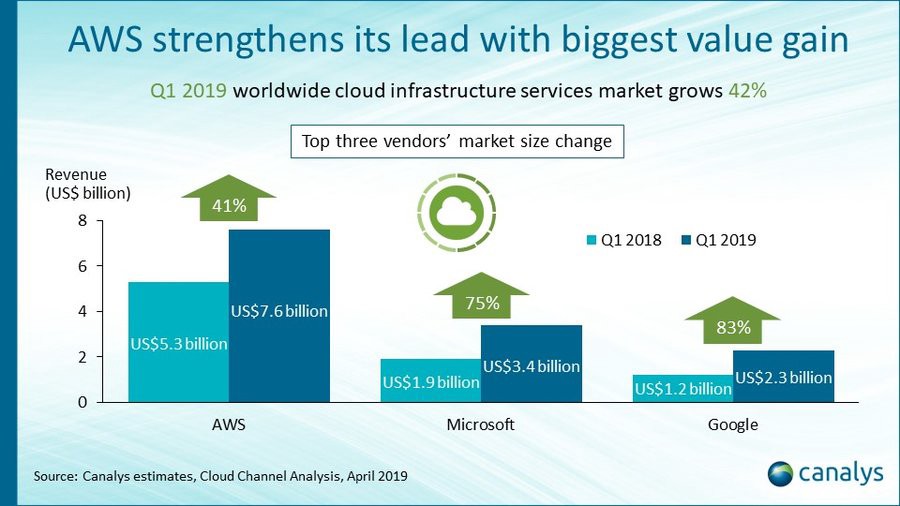 While choosing a public cloud service provider, the price aspect is considered to be the prime impetus that influences the decision making of IT firms.

The following comparison among AWS, Azure and GCP in terms of price and machine type will assist you in your decision making:

Apart from the aforementioned pricing models, there is another model that is worth mentioning!!

AWS and Azure are offering their cloud services with pay-per-minute billing options, whereas GCP is ahead of them by providing pay-per-second billing option. Moreover, GCP is offering various discounts and flexible contracts to gain maximum demand influx.

After going through the most significant pros and cons of these three cloud providers, it is obvious that each of them are unique in their own way and provide various options to the customers.

But when we take a close look at them, we can see AWS securing maximum footprint in this cloud battle of Azure vs AWS vs GCP.  Even though AWS is ahead of the curve, it is still uncertain to say for how long AWS will be enjoying the dominance.

Azure and GCP are striving relentlessly to secure a maximum share in the global cloud market.

Azure is leveraging the fact that ‘it is easy to integrate MS tools with Azure cloud’. So, Azure can easily embrace the organizations use MS tools.

On the other hand, GCP with best pricing models can aid the customers with cost concerns. 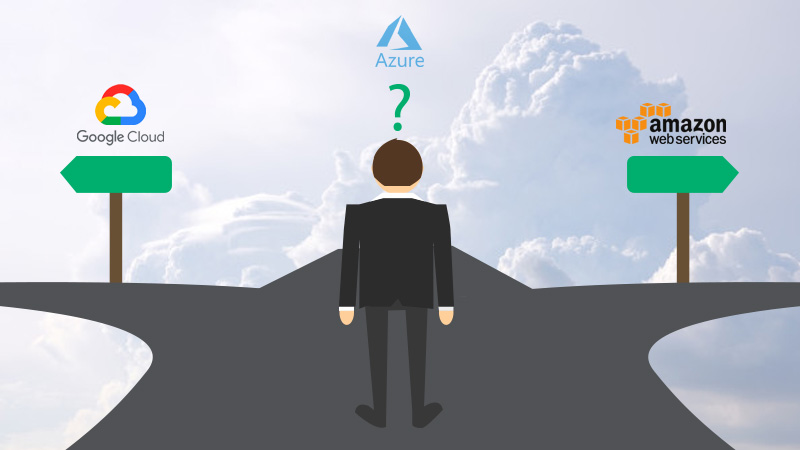 The war for cloud supremacy is between the Big Three. While a number of other players like IBM and Oracle have ventured into cloud services, they are still a long way off from cornering a significant share of the market.

Each of the three cloud platforms AWS, Azure and GCP are unique in their own way and offer a plethora of options for organizations to select from based on their specific requirements.

Whether AWS will retain its eminence or whether the others will catch up in the near future remains to be seen.

Any cookies that may not be particularly necessary for the website to function and is used specifically to collect user personal data via analytics, ads, other embedded contents are termed as non-necessary cookies. It is mandatory to procure user consent prior to running these cookies on your website.