Gain A Competitive Edge with DevOps

Growing technology advancements and resultant digital revolution have eased planning, design and development processes across various sectors and IT is no exception.

Now, for any firm, having a competitive edge means being prompt and ensuring quality delivery in time. For IT companies, in specific, standardizing and optimizing application delivery process has become vital to meet the growing business demands in view of the industry’s customer-centric approach.

With such environment in place, firms are looking out for solutions that can support them in quick delivery and fast innovation with minimum flaws in execution.

This is where DevOps technology plays a significant role!

Many surveys reveal that the companies implementing DevOps strategies and related tools are more likely to stay ahead in competition. It is found that DevOps practices help firms spend less time on fixing errors and gear up for innovations to meet further demands. Surprisingly, firms could achieve such benefits at low costs.

According to the Interop ITX and InformationWeek 2017 State of DevOps survey, eight out of ten companies plan to invest on DevOps and those who already implemented witnessed significant operational and financial benefits.

The State of DevOps reports of 2016 and 2017, which covered thousands of IT professionals across the world, revealed interesting facts: 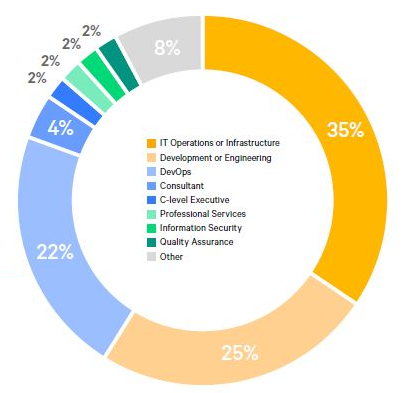 One of the largest surveys on DevOps, which involved more than 9,200 respondents from 110 countries, reported that DevOps practices spend 33 percent of time on infrastructure improvements, while the traditional Ops spend only 22 percent.

DevOps implementation minimizes the time spent on a process, thus giving enough space to plan further on innovation. To achieve this, DevOps strategy focuses on quality at every stage of development through its continuous delivery practices instead of revisiting every stage at the end of the development cycle (as seen in iteration procedures).

Apart from that, increased collaboration, higher rate of software deployment, reduced application maintenance time, improvement quality and performance of applications are other major benefits associated with DevOps implementation. Out of these, need to improve application performance and quality (55 percent) and enhanced end-user experience (48 percent) majorly drove the DevOps demand.

Overall, organizations are hopeful of achieving success through DevOps implementation and are also considering investment for the same. They feel investing for DevOps, especially in the areas of project management, collaboration, issue tracking and automation, would give them a competitive edge.