How Containers Can Boost Your DevOps Journey? 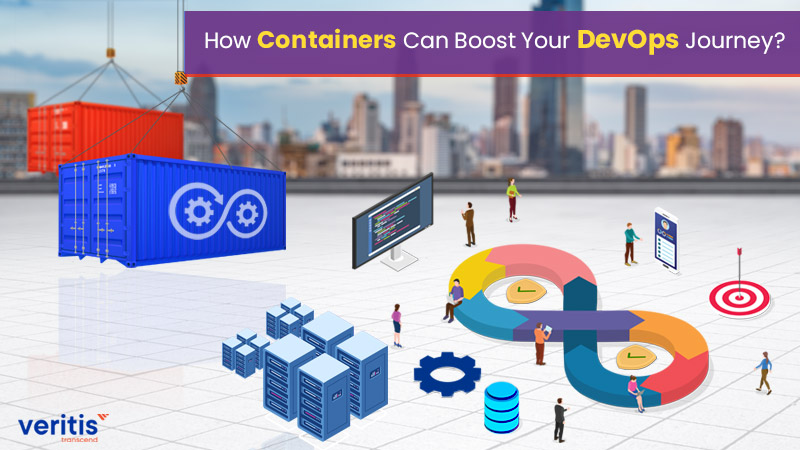 The ultimate goal of DevOps is to promote strong collaboration between lines of business, development, operations, and IT frameworks. Though the DevOps movement has gained massive footprint across IT organizations, significant changes continue to set afoot in the field, making it hard to stay abreast of the trend.

There is a constant influx of new ideas on improving software delivery, making it faster, efficient, and quality focused.

New disciplines, such as software delivery management, tools, and protocols are introduced now and then, challenging the organizations to adopt enterprise-level DevOps successfully. As tactics and challenges keep changing at every stage of the DevOps journey, even the most promising efforts ultimately fail to complete full DevOps adoption.

To achieve successful business value through DevOps, many organizations have turned to containers to simplify the build/test/deploy pipelines in DevOps.

Containers are a lightweight and portable unit of software in which application code is packaged, along with its OS, libraries, and dependencies. Thus, the software can run anywhere, whether it be on the desktop, laptop, traditional IT, or the cloud, without any need of re-configuration. 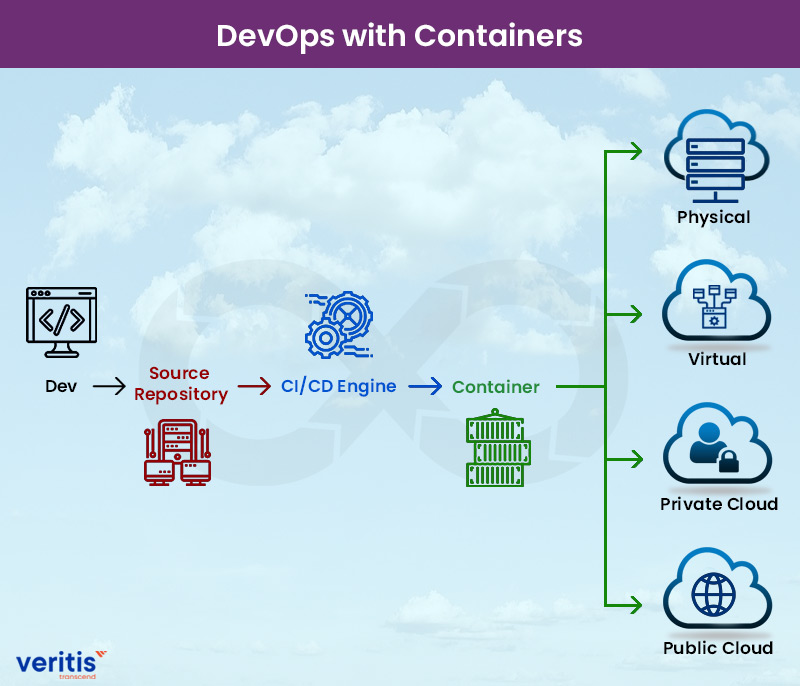 How Can Containers Accelerate Your DevOps Journey?

By simplifying the process of designing, testing, and deploying software from a developer’s computer to various production environments, containers in DevOps benefits in the following ways:

When containers are fused with DevOps practices, they help organizations drive their DevOps journey in the following ways: 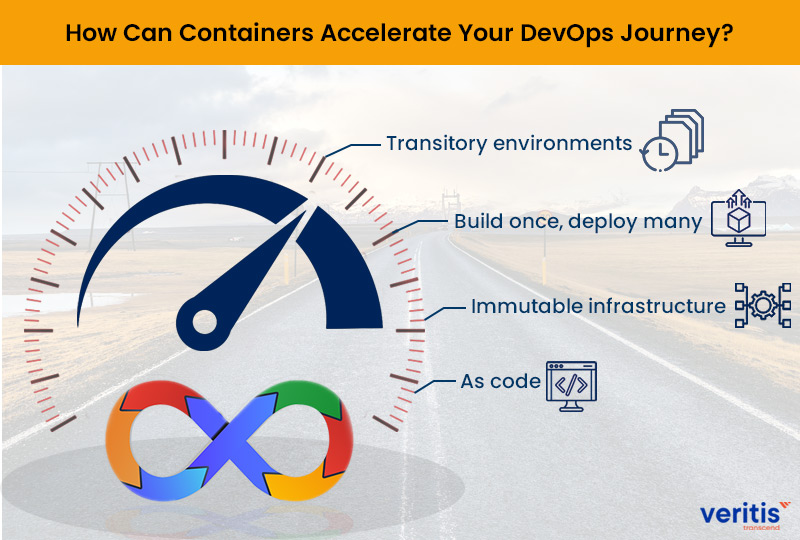 Containers are quite suitable for ephemeral or transitory environments as they are lightweight, portable, quickly deployable, and require fewer resources. Containers can be spun up, leveraged to execute specific activities such as continuous testing, and recycled once the activity is closed. This can be repeated each time a new environment is needed.

2) Build once, deploy many

Rather than compiling and rebuilding your application for every environment you plan to deploy in, DevOps facilitates organizations to build the application binary only once and deploy the same binary file from Integration to Test and then to Production. This reduces the deploy time variables that could lead to errors.

Containers boost the “build once, deploy many” process through the image, which is an immutable artifact used by a container engine to build a new container.

This approach to DevOps benefits in the following ways:

Containerization in DevOps naturally supports the concept of immutable infrastructure. Container images are immutable artifacts, which allows the container to be deployed in the same manner regardless of the level of the environment – Dev, Test, or Prod.

The ‘As Code’ concept applied to infrastructure is one of the critical DevOps principles. It is the practice of describing and managing infrastructure, including networks, virtual machines, load balancers, and connection topology, in a descriptive model, similar to the version the DevOps team uses for source code.

Containers also support and leverage the ‘as code’ concept. At a container level, a Dockerfile is used to define the container in code. It contains command-line calls that can be used to automatically create a Docker image, which, in turn, can be used to create container instances.

Kubernetes is another area where the container supports the ‘as code’ concept. The Kubernetes configuration is defined using YAML, a human-readable data serialization language. 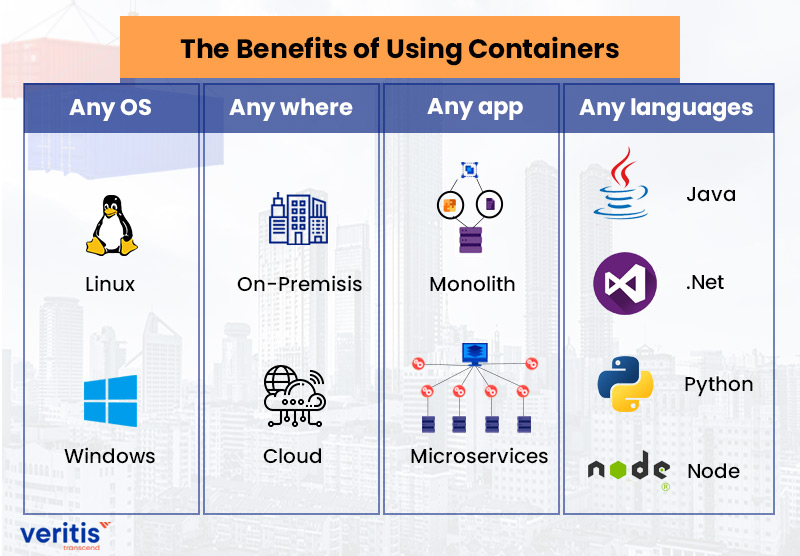 Containers can significantly drive DevOps maturity, but configuring them properly, managing them securely, and deploying them successfully may prove challenging.

Looking for a Containerization Consulting Partner? Veritis can help through our unmatched IT expertise, experienced guidance, and best practices.