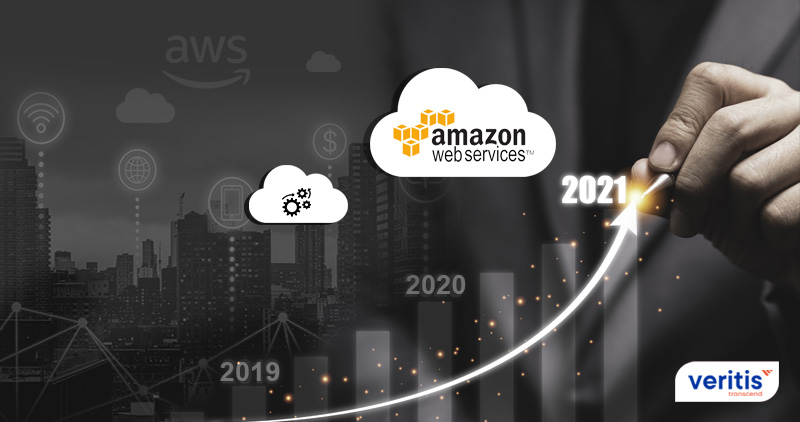 Amazon Web Services (AWS) has reported a thumping net sales revenue of USD 13.50 billion for the first quarter of 2021. Owing to the growing appetite for cloud tech amid the pandemic, AWS experienced a growth of 32% year over year, beating analysts’ expectations. It expanded by 28% in the fourth quarter of 2020.

AWS, which contributes 12.5% to Amazon’s net worth, was expected to reap USD 13.23 bln as estimated by the market analysts polled by Factset. However, with the whooping revenue of USD 13.50 bln, AWS has breached the eleven-digit figure for the fifth consecutive quarter.

With the increasing prominence of AWS, the cloud division is vital for Amazon’s overall growth. Since its introduction in 2006, AWS has gone on to outmatch its fellow rivals such as Azure and Google Cloud.

With a profit of USD 4.16 bln in the first quarter, AWS has dwarfed Google Cloud, which made a total revenue of USD 4.05 bln. It is to be observed that Google Cloud tech incurred a loss of USD 974 mln in the quarter.

As per the analysis of Synergy Research, AWS holds a stake of 32% in the cloud market. On its heels is Azure with 20%, followed by Google Cloud with 9%. As Synergy’s Chief Analyst John Dinsdale puts it, AWS and Azure “don’t have to spend too much time looking in their rearview mirrors and worrying about the competition.” 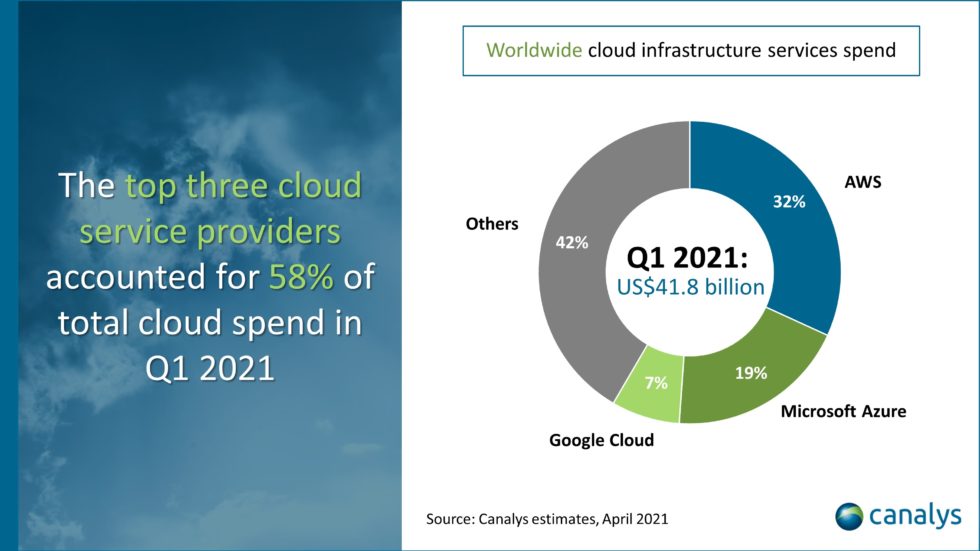 AWS experienced tailwinds by adding more customers to its already growing list. Dish Network Corp announced that it would employ AWS to drive innovation on the 5G services front. This is widely perceived as a first in the telecom arena.

Furthermore, Dish Network will use the cloud to operate its Operation and Business Support Systems (OSS and BSS). Walt Disney and PGA Tour, a major organizer of professional golf tours, recently announced their respective partnerships with AWS.