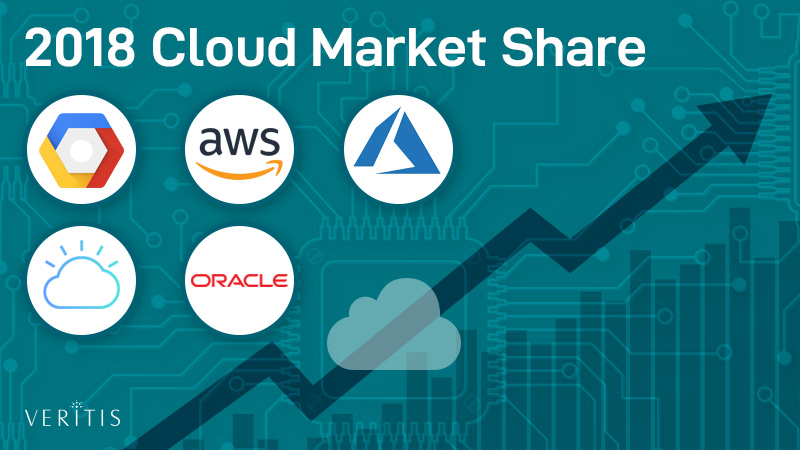 Cloud technology saw an amazing growth in the year that just passed.

Each of these four providers were at their best in grabbing business throughout the year, either individually across firms or together as multi-cloud platforms.

While some firms adopted them individually depending on budgetary plans, leading firms did not think back in choosing combinations of them for gaining a competitive edge.

As a result, the cloud computing market today has a good number of cloud providers with expertise in enterprise software stack and also companies combining multiple market-leading public cloud players for better productivity.

Each of the aforementioned cloud providers had a tough competition throughout the year, making a major difference in the cloud technology market.

According to the 2018 State of the Cloud Survey report, Azure is displaying a faster growth rate than the market-leading AWS, majorly among enterprises.

Oracle Cloud also performed better but with lesser, doubled penetration rate from 3 to 6 percent. Azure did its best among enterprises, showing a rise in adoption from 43 to 58 percent, while AWS adoption among enterprises increased from 59 to 68 percent.

Key findings of the 2018 State of the Cloud Survey report include:

2) Multi-cloud, Top of the Survey

3) Public Cloud on Demand Among Enterprises

“Optimizing costs is especially important for mature cloud users with 65 percent of intermediate users and 69 percent of advanced users citing it as a key initiative for 2018,” says the report.

Containers indicate a growing trend with many users also choosing container-as-a-service offerings from the public cloud providers. The rate of containers usage is going to be more among enterprises compared to SMBs who are preferably looking for Kubernetes.

Expectations are also high on Google Cloud adoption going by 2018 figures, which saw higher percentage of respondents experimenting or planning to use Google (38 percent), followed by Azure (31 percent) and VMware Cloud on AWS (28 percent), indicating a potential future for Google Cloud to pump its adoption rate in the coming years.